As we motor closer to an era of Computer Chauffeurs, it seems we’re liking the idea less and less

Could you do it? Could you get into a car, program in a destination and then continue to scroll through your Instagram feed, whilst the vehicle autonomously proceeds?

And would you really be focussed on the Influencer Selfies, food pics and cat videos, or are you just trying to distract yourself from the knowledge that you are not actually in control of a metal box mixing it out in a lethal environment, where one miscalculating lorry could crumple your car like a depressurised soda can.

Too dark? Oh but the fear-factor is very real. According to figures from BuyACar.co.uk more than half of drivers admit that the idea of driverless cars ‘horrifies’ them.

And for proponents of autonomous cars, and the car makers frantically investing billions into the tech, here’s the kicker – that figure has actually increased in the last two years.

Yup in April 2017 only 46% of drivers were frightened at the notion of handing over control to AI, and now it’s 56% (who says people can’t change their mind over two-three years!).

Several highly publicised accidents, including fatalities, in the intervening period have certainly not helped the cause. In fact whilst two years ago 11% of those surveyed said they were excited about driverless cars, that’s almost halved now to 6%.

And those declaring they definitely would not own an autonomous car (which includes yours truly) went up from 38% to 42%; with 44% saying they just don’t ‘trust the idea of a driverless car’.

None of this surprises me though of course, I’ve long said that based on experience with current drivers aids technology – which forms the basis for autonomous drive systems – there is still a lot of learning for AIs to do before they can be let loose on the roads with the rest of us, at least another 10-15 years worth. 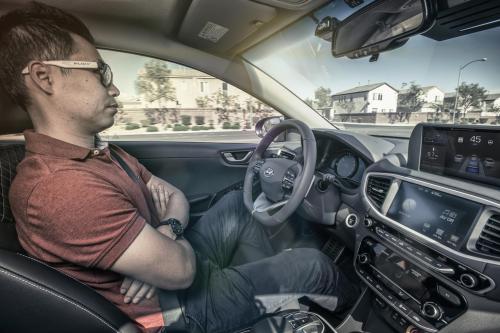 Either that, or every single thing on a public highway would have to be autonomous, because it’s always the unaccountable that will catch AI systems out, and there’s nothing more unaccountable than the antics of humans.

Ultimately of course AIs will conclude that the only real solution to efficiency is to wipe us all out. Oh yes, I went there. Be afraid, be very afraid. Judgement Day is coming, Hasta La Vista Baby!