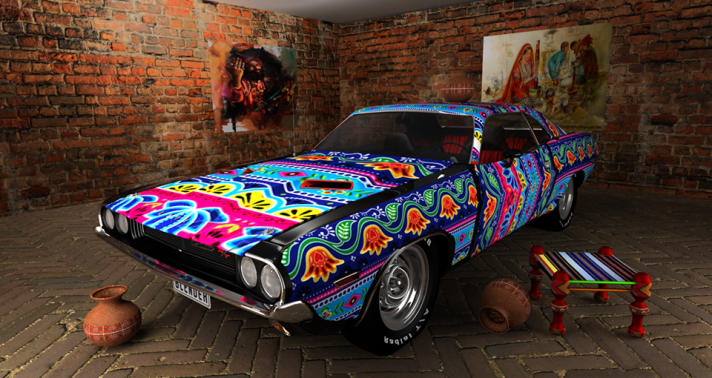 Ever seen those hard-working South Asian lorries, trucks and buses plying the pothole-busted roads of the subcontinent? Well you couldn’t miss them if you were there, thanks to the cacophony of colour, the clanging of the metal tassels and of course the choking from dark diesel fumes!

These things are cool though. And in recent years the strident designs, resplendent colours and poetic inscriptions have become recognised and acknowledged as the art form they are.

But why should they be restricted just to heavy commercial vehicles? Why not cars? And what’s the coolest kind of car there is? A classic American muscle car!

These amazing life-like renders have been generated by Dubai-based Pakistani artist, Ahsan Rauf. A technologist working on artificial intelligence, machine learning, virtual and augmented reality, as a hobbyist he is a 3D generalist producing 3D models, short video clips, digital art and VFX composing in his spare time.

These images of a classic 1970 Dodge Challenger were created using the Blender modelling tool and took many hours of painstakingly designing the car in separate parts and then pulling them altogether. 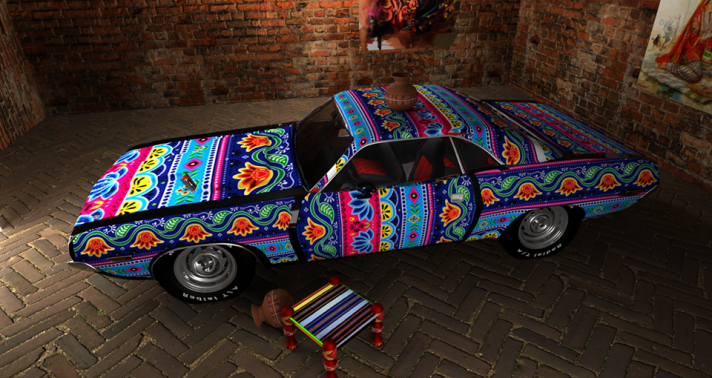 ‘I downloaded numerous textures available online in vector form, composed the texturing and finally applied them to the vehicle,’ explains Rauf, who also analysed professionally shot car photography to perfect the lighting and shadows.

How did he come up with this idea? Having explored the theme of traditional Pakistani truck art for other pieces, and owning a modern Dodge Challenger himself, he started to ponder how the art would appear on a muscle car. ‘I wanted to create a fusion between Western engineering and Eastern classical traditions – I wanted to show that a muscle car, whilst a beast and symbol of automotive power and strength, could become a beautiful work of art and softened in perception for a more general audience.’

He’s not wrong. The spectacularly incongruous combination of two such antithetical concepts is visually compelling and actually rather enchanting. These renders seem to romanticise the car, and realise that desire for freedom of spirit and expression that, appropriately enough, was symbolised in the cult classic movie, Vanishing Point featuring Barry Newman at the wheel of a white 70s Dodge Challenger, out to defy society, convention and ‘The Man’.

Does Rauf embody the film’s protagonist, Kowalski, though? Would he do this to his own Challenger in real life? ‘I love my Challenger, it’s a beast,’ he laughs, ‘but the body is a very modern interpretation of the muscle car theme and may not be suited to traditional truck art; having said that, I might just try it as a render anyway, you never know, it could look really cool!’

Frankly we can’t wait to see someone out there recreate an actual muscle car in this design for the most startling car wrap ever. Up for it Yiannimize? 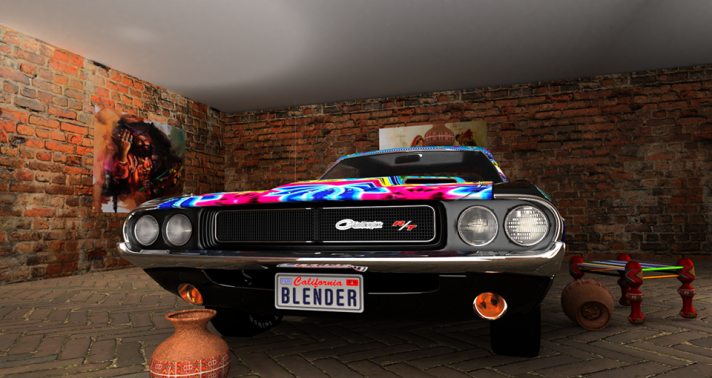 One thought on “Pakistani Truck Art on a Dodge Challenger”