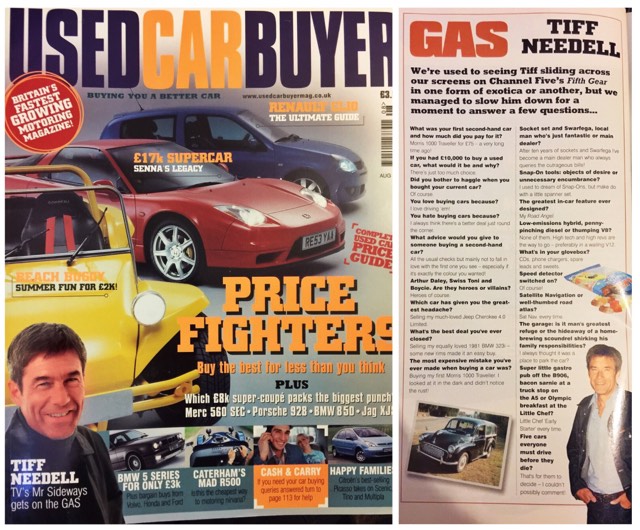 Stuff we learned included that he previously owned a Jeep Cherokee, an E21 BMW 323i, kept sweets in his glovebox and couldn’t resist a Little Chef Early Starter! What questions would you ask him today?

I was Dep Ed on the magazine at the time and worked on its transition and relaunch as this glossy high quality motoring monthly – a sort of early template for one of my favourite publications of today, Modern Classics Magazine