Scorching heat, grueling hours and one fatality. What it takes to film for TV

TV may not have quite the cache it used to, but everyone would still like to be on the small screen if they could. But unlike say, YouTube videos, which can be knocked out on your phone and uploaded minutes later – a bit like my behind-the-scenes VLOG from yesterday below – filming for TV takes a ridiculous amount of effort and work.

The crew were on site – one of three locations we would film at yesterday – at 3am in the morning. Yep, they’d barely slept, if at all.

And we didn’t wrap until 7:30pm in the evening at a third venue. And this whilst filming out in temperatures hitting nearly 50 degrees centigrade in the middle of the day. That considered, it’s almost surprising that the only casualty was a camera that yours truly managed to drive over, after it fell off another car!

Watch out for this episode around mid-August, meanwhile the first couple of episodes of The Autocrats are currently being aired on Fox MENA Network TV across multiple channels with repeat showings (the first episode has already been broadcast over 125 times!). 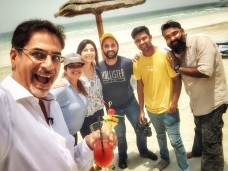 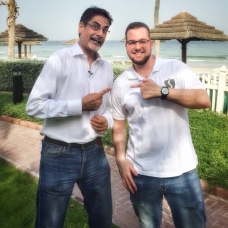 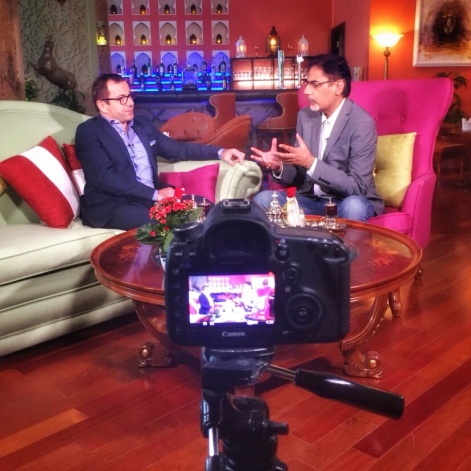 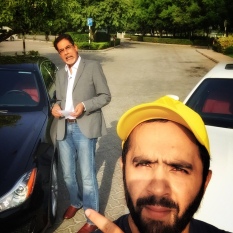 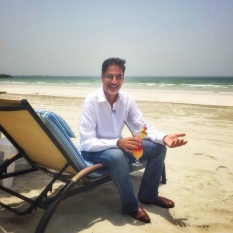 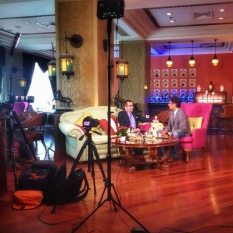 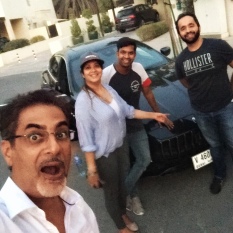 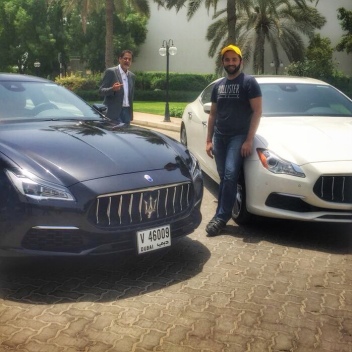 One thought on “Shooting for TV”

What’s your favourite Halloween ride?
Everything you need to know about the new 2022 Range Rover!
About 10 days ago I was picked up by a Roll-Royce Cullinan to be taken to a secret evening event - find out what that was all about tomorrow! 😉🤷🏽‍♂️☺️🤦🏽‍♂️🤣
🗞 My latest Motoring Section for Asian Leader Newspaper (distributed in Manchester) - out today. Pick up a copy if you can! 💻 or read online at AsianLeader.co.uk or https://online.fliphtml5.com/vxbbt/scdk/#p=20 🚗
LATEST VIDEO UPLOADED!! 📹😃
Double whammy of costs hit London motorists’ pockets hard. Watch my two vids on my YT channel now!
Absolutely loved this comic strip by @the__back__lot so couldn't resist having a play and trying to animate it. Hope you enjoy this!
See my full Kia EV6 review now at BrownCarGuy.com 👉🏽 link in bio 👈🏽
Check out my chat with good buddy Mathias Doutreleau who is Founder and Chairman of the Concours d’Elegance Suisse and has created automotive events around the world including the Middle East, Far East and The Quail in California.
Thank you for the great feedback @shetalkscars 🙏🏽☺️
Can you name the car? 🤔
WATCH FULL VIDEO NOW! 😃
LATEST VIDEO UPLOADED!! 📹
Sometimes stuff like this happens… 😲🤷🏽‍♂️☺️🤦🏽‍♂️🤣
Driverless cars ain’t happening anytime soon - here’s why! 😲 See my latest feature in @thenationalnews.com
Thanks to @muhammadhajihhc Muhammad Ali Haji of @behindthewheel.life - my latest @patreon supporter. Join him at Patreon.com/BrownCarGuy
So great to catch up with good buddy @suhaibshashaa of @arabgt_ in London recently! 😃 These guys are the superstars of the Middle East automotive scene 💯
WATCH FULL VIDEO NOW! 😃
LATEST VIDEO NOW LIVE!! 📹
@junji4real sent me these pics of a wicked winking ‘Interceptor’ - actually a second generation (A60) Toyota Supra like the one I used to own (and dearly miss) but interestingly modified in this case. Would love to know what’s happening with those high mounted rear tailpipes 😲