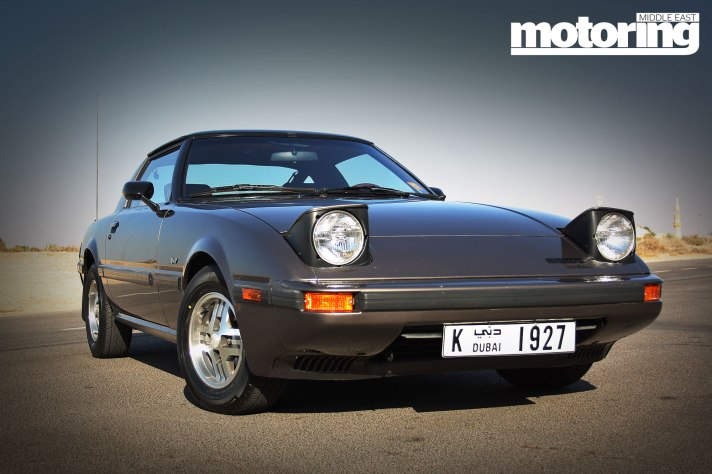 I almost had an accident when I first saw the car you see in these pictures. I was making a u-turn and this was coming out of a side road going the opposite way! Why was I so startled? Because I can’t even remember the last time I saw one of these in the metal, and the original Mazda RX-7 was a certifiable dream car back in my youth.

This car is a legend, make no mistake. There aren’t many iconic Japanese classics, but this is definitely one of them. It illustrated rare bloody-minded determination on a manufacturer’s part to choose its own path and staunchly stick to it no matter what. So the RX-7, first introduced in 1978, was a rare proponent of the extraordinary Wankel rotary engine.

A rotary engine, as you’d expect features a rotary design that converts pressure into motive force rather than the traditional pistons in a cylinder. The rotor is similar in shape to a Reuleaux triangle – it has slightly outward curved edges.

The result is a compact and lightweight engine that can run very high revs but is far smoother than a conventional engine. So smooth in fact that a buzzer sounds at 7000rpm to remind you to change up. Why then, didn’t everyone adopt the Wankel engine? It tends to be rather thirsty, not just for fuel, but even engine oil – the 2003-2011 RX-8 (still persisting with a Wankel engine) was the only press car I’ve ever had which came with a spare can of engine oil in the boot!

There were also concerns over reliability, but don’t tell Shopping Malls Developer, Jassem Al Janahi, who bought the 1985 Mazda RX-7 in the pictures off Ebay in the States without actually seeing it in the metal – although he did spend a year searching and researching before going for it. But after shooting and driving the car, I can tell you, he’s got himself a peach.

Why did he buy one though? “I used to go to school in a car like this back in 1986 when my friend Hussain used to pick me up in it. I didn’t have a driving licence then – I was only 16,” he explains. “What memories; we used to beat 280ZXs and Skylines on the way home.”

So inspired were they that Hussain and Jassem attended Dubai Technical High School and would dismantle and reassemble Bedford truck engines for fun. “My early technical studies helped me gain knowledge about cars and how stuff worked.” 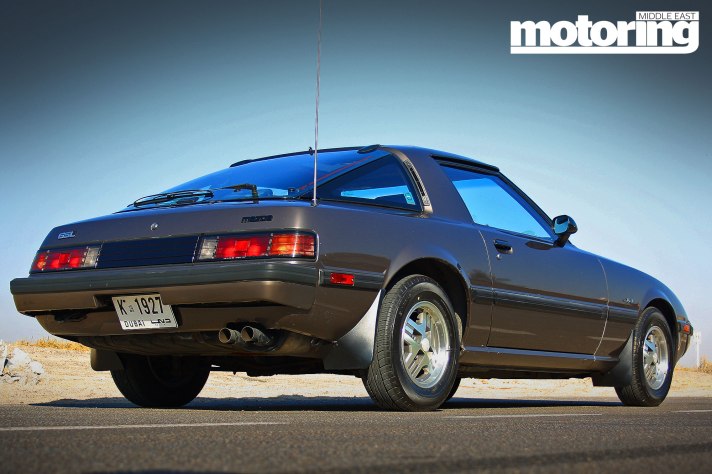 Reliability then was not an issue for Jassem and other RX-7 fans, then or now. But as he says the draw was a car that looked sleek and Porsche-esque, almost an unknown underdog that could embarrass bigger, more powerful cars. Actually the concerns with the Wankel engine were to do with the tips of the rotating triangle which tended to wore quickly as they ran around the combustion chamber, but these issues were resolved during the RX-7’s lifecycle which began in 1978.

Jassem’s car is amongst the last of the first generation cars, a series 4 – the main differences being cosmetic like the full width taillight section on this car and minor tweaks inside. This car is a GSL version with the 12A engine – a 1.1-litre unit with two ‘thermal reactors’ producing 100bhp from two spark plugs per reactor (cylinder). Another model was the GSL-SE with a 1.3-litre unit producing 135bhp (the 13B). 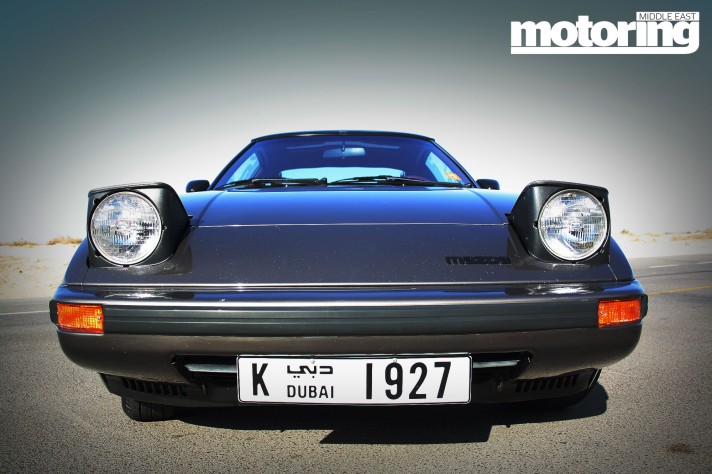 That 100bhp might not sound like much, but top speed from the day was quoted at 193kph and 0-96kph in 8.6 seconds. Even today, the car feels lively and reasonably quick. In fact apart from the inordinate play in the steering wheel (by today’s standards) the car drives, steers and stops remarkably well.

The five-speed manual gearchange (a three-speed auto was also available) is sweet with pedals nicely placed for heel-and-toe changes and the car still feels very sure-footed. Remarkably everything on the car still works, including all the electrics (which is probably where this differs from a European classic). 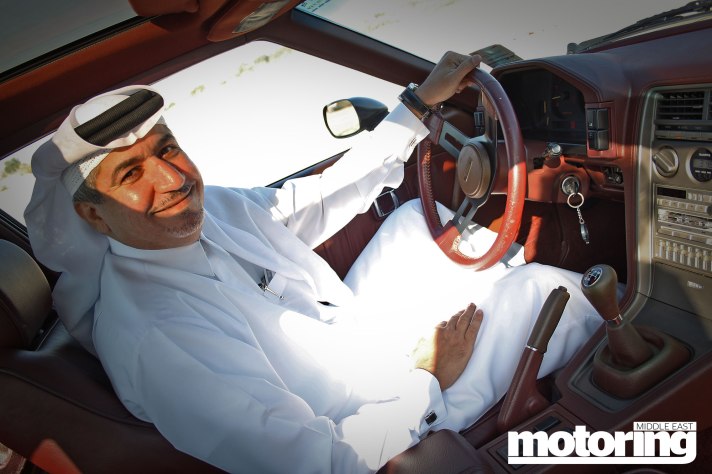 Where it does match its European counterparts is that shape remains iconic with an easily recognisable silhouette. The style is sleek, clean and uncluttered, the pop-ups lights leaving a clean bonnet and adding character at night. It had rear seats which were best reserved for small kids and some model did away with them altogether, but considering its compact dimensions, it was a remarkably practical sports car for its day.

In total nearly 475,000 of these were built, so it still should be possible to find a good one if you really hunt for it. According to Jassem there were 33 original shaped RX-7s registered in Dubai alone at one time, although only seven have currently valid registrations, but he doesn’t know where they are or who owns them. If you have one – we’d love to hear from you.

Buying the car, shipping it over and having a few minor things fixed or changed has cost Jessem $15,000 all in which is not a lot of money at all for a piece of pukka Japanese automotive history, and it is possible to find them for sale in the USA for around $10k. Easily worth it to tootle about in something so rare, recognisable and remarkable. 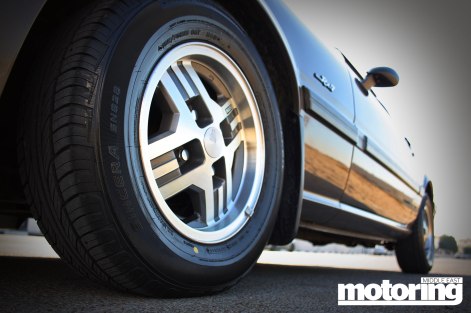 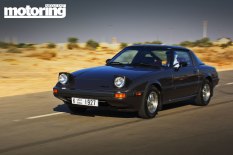 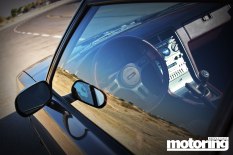 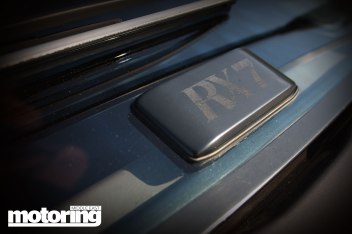 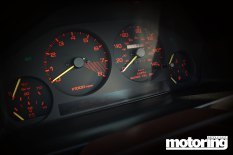 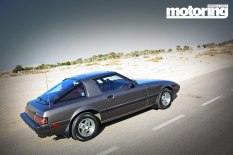 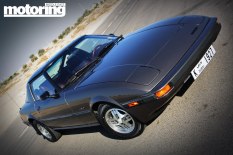 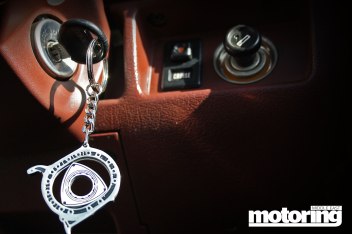 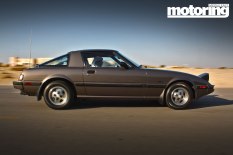 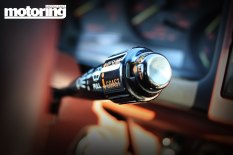 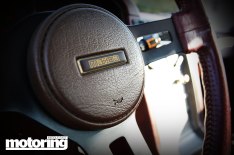 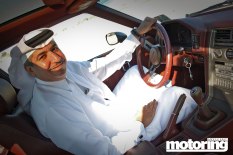