For a few hundred dollars you can be an Instagram celeb with tens of thousands of followers and some fat Influencer deals! But are you a match for a heavyweight hack? 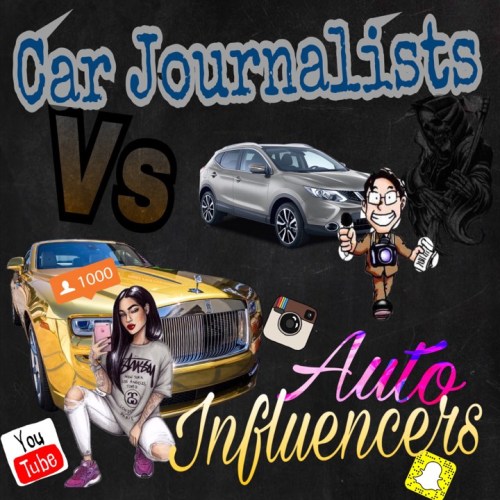 I was reading the other night about an experiment by Marketing Agency Mediakix. They created two fake Instagram Influencer accounts, one for a fashion-orientated Instagram model and the other a travel photographer.

For the first they hired a model for a day and shot a bunch of images to post over time. For the second they simply took free stock travel images. They then bought tens of thousands of followers for each, as well as fake post Likes and even comments. 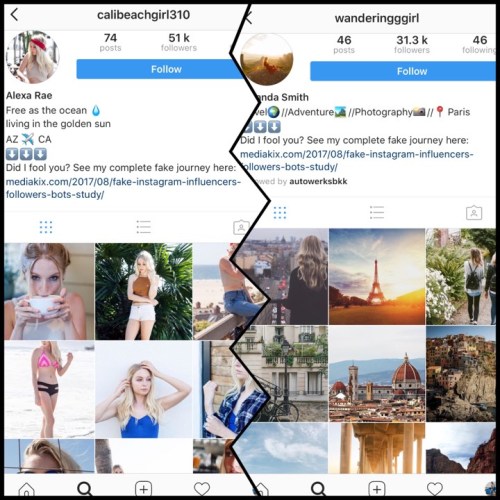 After not too long at all, the fashion account secured a contract with a swimsuit company and an F&B brand, the travel account also bagged the same F&B deal and also an alcohol deal.

So now you’re thinking: well that’s great! This experiment by Mediakix has blown the lid off this thing, laid it bare, revealed it for the BS it is. The house of cards will come tumbling down, the shameless faux internet celebs will have their sponsored rugs pulled from under their Hootsuite accounts and then disappear back into obscurity.

Not so. Not even slightly.

You see the marketing and PR comms industry is firmly aboard this steam train, they’re shovelling spurious KPIs into the furnace faster than the naysayers can switch the points back. They’re loving the ride and humming to the beat of their own bull as they embrace the facade of the (fake-it-till-you-make-it…or-not) Influencer, glowing in the flush of a newfound romance.

Don’t believe me? Well right now senior marketing execs at major corporations are literally writing publishing out of their budgets even as you read this. And when confronted with that old argument – about the only munition left in the armoury of actual media people – that if you don’t support journalism, it will die, the response is a shrug and dismissive wave of the hand. ‘Okay, let it.’

And there are two foundations for this emboldened couldn’t-give-a-shit attitude. First the one that kinda makes sense: deal with an Influencer (paid or otherwise) and the messaging will be on brand, or at the least never negative. On the other hand, those pesky journalists… you can feed them, ply them with booze, stuff bribes in the goody bags, nurse their egos, and they could still go away and tell the world your product or service is shit, and there ain’t anything you can do about it.

Secondly – and here’s the shocker – they look at the appalling state of the publishing industry on its knees, they see a veritable media massacre in the making and, while you can argue about the chicken and egg all you like, they decide it’s not worth bailing water out of this sinking ship. Best to jump in the ocean and get picked up by the Snapchat Hottie on a Jetski.

Yep, they’ve actually decided to let the industry die a death. Budgets are being diverted to Influencers instead – and the rest is going to Facebook and Google.

Now I can’t talk for other specialist media niches, although I reckon some of the following will apply, but when it comes to cars, this is potentially disastrous, not just for us journos but the automotive industry itself – particularly when it’s teetering on the edge of an autonomous, ownerless, zero-passion oblivion.

Even as there are more cars in the world than ever, the hate is huge thanks to climate change, gridlocks and diesel deaths. The next gen can’t be bothered with the hassle and expense of getting their drivers’ licence, never mind the actual costs and penalties of buying and running a car – especially in the world’s clogged-up cities.

So now more than ever, you’d think the industry would recognise the need for passionate, knowledgeable and enthusiastic proponents to help promote the products.

Ah… but they would argue that’s what ‘Influencers’ are. Hmm… hold on. Can we go back to basics for a moment and define ‘Influencer’ – ‘a person or thing that influences’.

And the word ‘Influences’ itself? ‘The capacity or power of persons or things to be a compelling force on or produce effects on the actions, behavior, opinions, etc., of others.’

Oh. So to actually cause them to take an action. An action like purchase a car perchance? Well indeed. That’s what this is really all about, right?

Let’s put this into context – as is often said, for the vast majority of people, buying a car is the second biggest purchase after buying a house. It’s a BIG DEAL.

It’s a lot of dough to be dishing out and a hefty commitment to be getting into with the bank. It’s nerve-wracking, it’s exciting. The car you buy, could be with you for years, and what’s more, you’ll be spending a lot of time in it. It’s got to be right. It’s got to meet your needs AND your expectations. And when you really think about it, you’re trusting yours, and potentially your family’s, lives with it.

Buying a car is serious shit.

So unless you’re a fully lubricated gearhead, you’ll need advice, especially when confronted with the plethora of automobiles offered on showroom floors – imagine, BMW alone now offers five different body-styles of 3 Series, and that’s before you get into engines and trims. It’s very complex.

Who do you turn too? Experts.

Who are? Consumer car journalists.

People with knowledge, experience, authority, credibility, market understanding and comprehension, and also with the ability to assess, explain and advise.

Going by the volume of enquiries we – at Motoring Middle East alone – get through messages, comments, calls and even direct approaches if we happen to be recognised when out and about, I’m pretty confident in proclaiming: ‘consumers go to people like us (actual car journalists) for car buying advice’.

Or do you really still think it’s more likely that you’ll see a floozy with a Ferrari, muscle with a Mercedes, or legs with a Lambo and think, ‘Oh yes, gotta drop by the dealer and get me one of those’ (the car that is).

And incidentally Influencer Selfies work best with glamorous cars. If you wanna sell a Spark or flog a Figa they are not going to help (on the other hand check our YouTube channel for the vid reviews on those and the fantastic feedback we’ve had, and yes, from actual buyers).

Point to note – in the two-year period in which our region has been courting social media darlings, car sales have dropped significantly – over 25% last year, and around a further 30% this year. So er… yeah – hey, advertisers, how’s that whole Influencer thing been working out for ya?

Yet the bandwagon continues to play. And we can’t honestly decry these newbies on our turf – after all they found an angle and they’re working it. Way better and more effectively – in terms of resultant revenue for them that is – than anything we are doing. So all credit to them.

In fact, perhaps the solution is fairly obvious and found in the old adage: ‘If you can’t beat em, join em!’ To be honest, I’ve been using the term ‘Influencer’ to describe what we do for years, well before the rise of the Instagrammers in fact.

I’ve often said that as a substantial part of our audience demographic are petrolheads (the sort of people who, in their own social groups, would be called upon for car buying advice) – ‘we influence, the influencers’. This stands as true today as it ever did.

So hear me fellow car journalists – when it comes to the phenomenon of Influencers, not only should we join them, but we can beat them, because we bring a level of legitimacy to the arena that kids with cams simply can’t match.

We journos need to get back in the game and demand that ad dollar because we provide a genuine service to the consumers (we help them make informed choices) and the industry (we not only help them sell cars, but actually help them make better cars through constructive criticism).

Or if we’re gonna go down, let’s not go down crying, but fighting. Let’s remind them what real influence, i.e. real journalism, is about – it’s not just all smiley selfies. We can also break the big stories, sniff out the truth and cause a commotion. Not something your average YouTuber youth can manage. And if that sounds like some kind of threat, so be it. Perhaps it’ll make it less easy to dismiss us so nonchalantly?