As Lotus teases a new hypercar, I remember seeing its show-stopper from the mid-80s! 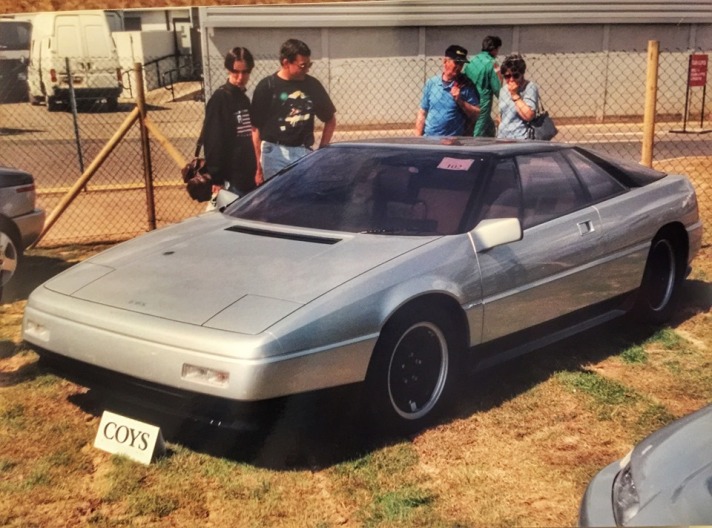 #ThrowBackThursday – Lotus cars is revealing and teasing a name and details of its forthcoming Type 130 all-electric hypercar, the Evija – a very clever name as it has ‘EV’ in it and pretty much reads ‘Alive’ backwards – at the Goodwood Festival of Speed today.

It reminded me of the excitement around the Type 909 Lotus Etna concept car revealed in 1984 at the British Motor Show featuring a 4.0-litre V8 and based on an Esprit chassis.

It was also designed by Giorgetto Giugiaro who created the iconic Esprit and the lineage can clearly be seen in a machine that was essentially supposed to replace the Etna.

Sadly it never went into production, only one model was made (not really a runner it was just a show car) and I photographed it here at the Coys Historic Festival at Silverstone probably the same year – I loved it so much I had an image of it on my wall cut out from a magazine feature.

As for this amazing Etna concept it turned up again in the late 2000s. Someone had bought it and actually converted into a running a car with the originally concieved Lotus V8 engine that was meant for it.

Unless Lotus suddenly go retro or start doing ‘continuation’ style production models (please God make them do continuations Esprits!) it’s unlikely we’ll ever see this particular style of wedge design from the legendary sports car manufacturer again, but I still can’t wait to see what vision of the future Lotus comes up with in the Type 130 to be revealed on 16 July!