For Your Eyes Only themed Remastered Mini 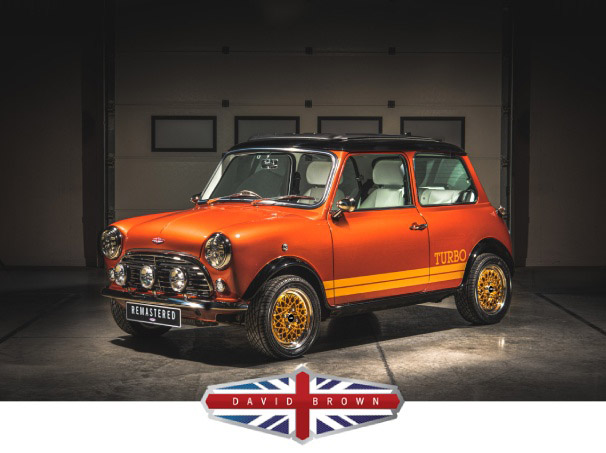 David Brown Automotive has created a special one-off edition of its Mini Remastered, inspired by James Bond’s Lotus Esprit Turbo from the 1981 movie, For Your Eyes Only.

Commissioned by a famous celebrity talent judge and record producer, the Mini is finished in Lotus Copper Glow with black wheel arches and roof. The Turbo graphic and side stripes are hand painted in Sahara Gold, along with wheels also painted in the same colour. It isn’t actually turbocharged – it has a 1330cc A-series engine. 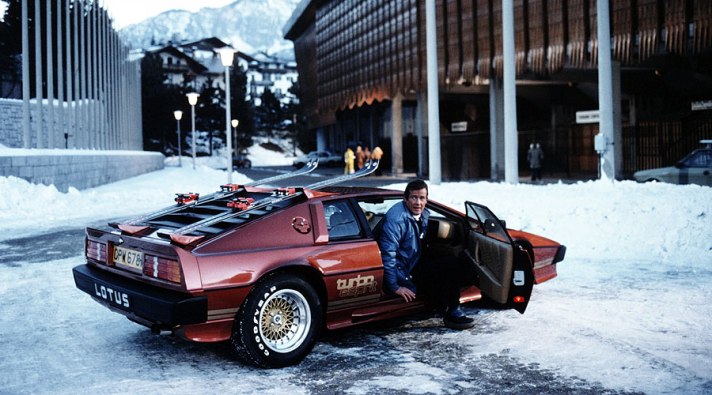 There are LED front headlights and triple Cibie bumper-mounted driving lamps. Plus a panoramic sunroof and the interior features a lacquered wood veneer dash in Dark American Burr Walnut. It also has arctic white leather upholstery – representing the snow setting for the Esprit in the movie.

Mini Remastered features a 7″ touchscreen infotainment system with Apple CarPlay, Android Auto and Bluetooth capabilities with a six-speaker sound system, which according to David Brown Automotive, will allow ‘the driver to make their own judgement on the latest releases from around the world.’ 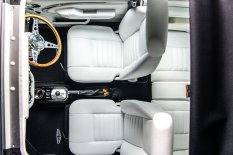 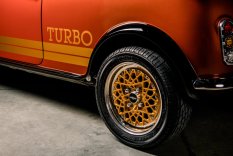