The mightiest Mustang ever – I love this. If only it had a manual transmission. Sigh… 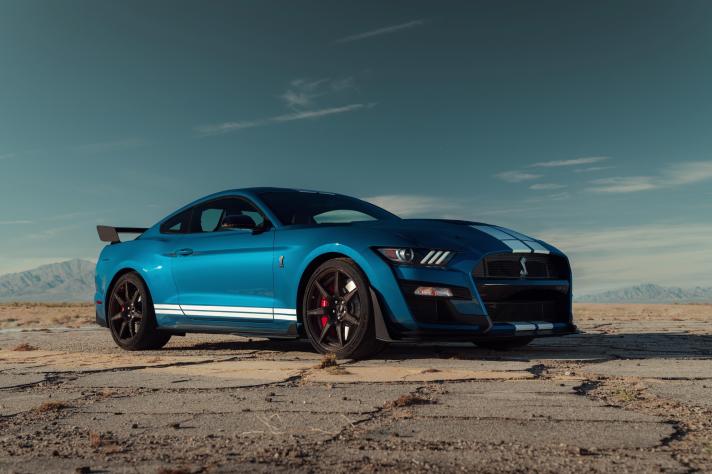 Ford has finally revealed the power output of its latest much-awaited new Mustang Shelby GT500 – the mighty muscle car will offer a staggering 760bhp and 635lb ft of torque becoming the most powerful street-legal manufacturer-offered Ford ever. And, says Ford, featuring the most ‘power-dense’ supercharged V8 production engine in the world.

Going on sale in America at the end of this year the legendary Shelby GT500 is said to be a ‘takedown artist,’ that will ‘surprise supercar owners with its Ford Performance racing tech, supercharged engine and visceral swagger.’ 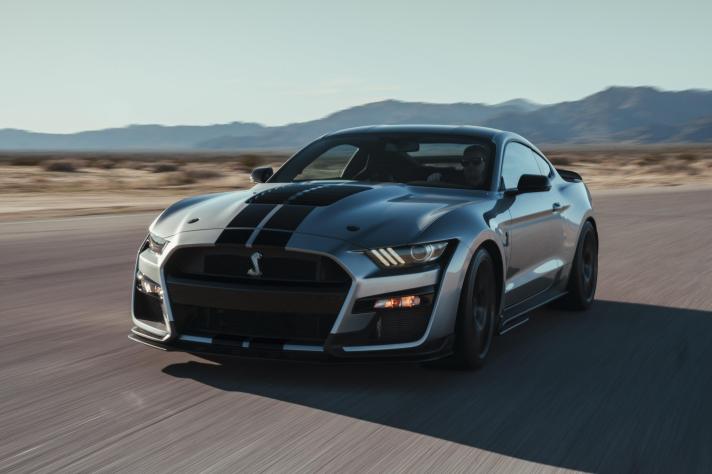 No exact perfrmance figures have been revealed but expect 0-60mph in around three seconds and the quarter mile drag dispensed with in under 11 seconds. 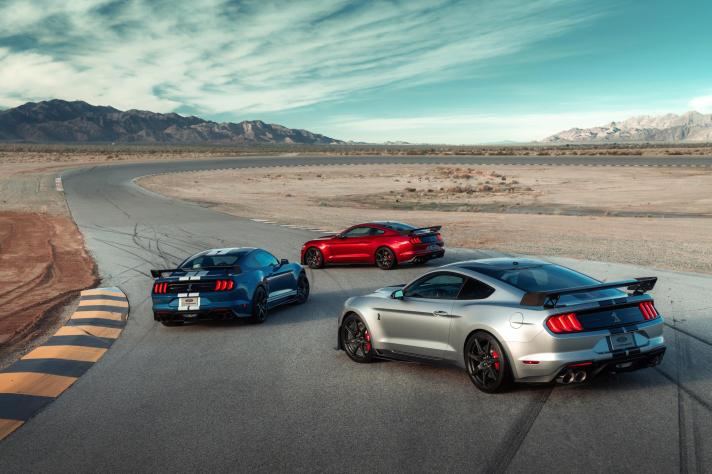 It drives the rear wheels through a TREMEC 7-Speed dual clutch automatic transmission which has a number of drive modes such as normal, slippery, sport, drag and track. It also has launch control and the Mustang Line-Lock feature which makes it easier to do stationary burnouts. 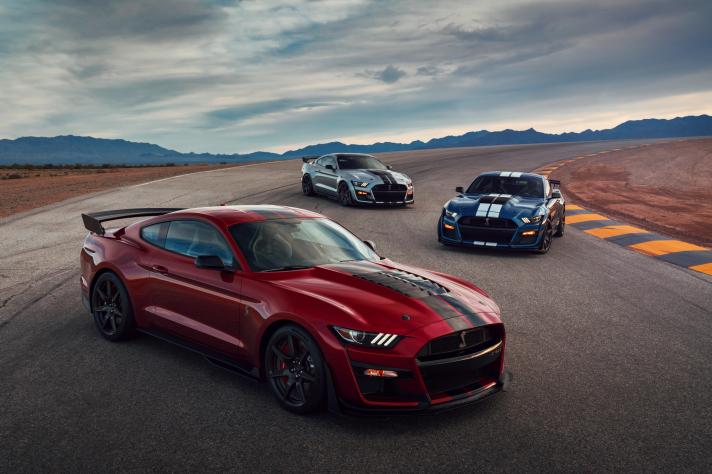 To enable it to stop, there are massive 16.5inch (420mm) two-piece rotor Brembo brakes, along with MagneRide active suspension for stablity and comfort. 50% more airflow through the huge front grille compared to its GT350 sister car keeps all that power cool aided by six heat exchangers. The improved aerodynamics also increases downforce. Inside there is a carbon fibre instrument panel, suede trim and Recaro racing seats with significant sid bolstering, along with a 12-inch full colour instrument cluster and a 12-speaker Bang and Olufsen sound system.