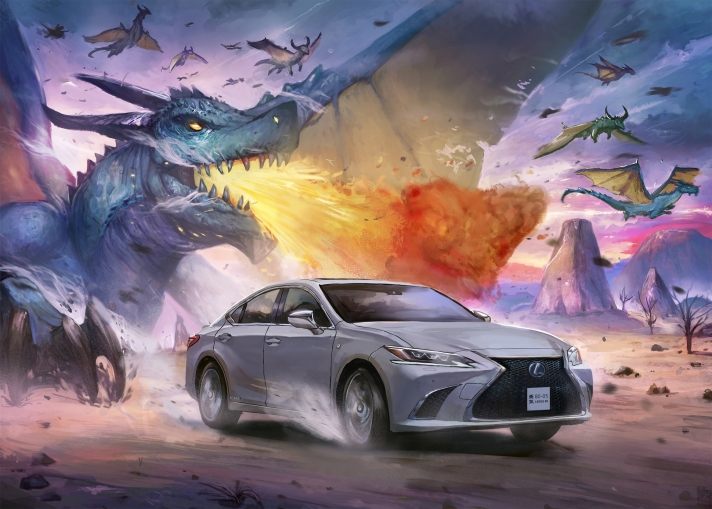 Lexus in the UK has commissioned these amazing pieces of artwork inspired by Japanese-style Manga comic books. They include Lexus cars fleeing a fire-breathing dragon, pausing on a tranquil seashore and escaping from an exploding city. One of the images in particular caught my eye, reminding me of something remarkably similar that I featured eight years ago, when I was editor of the Middle East edition of Car Magazine.

The new artwork is intended to support this summer’s cultural focus on Manga in the UK, during which the British Museum is hosting the largest exhibition of Manga seen outside of Japan, and Japan House in London is presenting a show dedicated to the work of Urasawa Naoki, one of its leading practitioners. 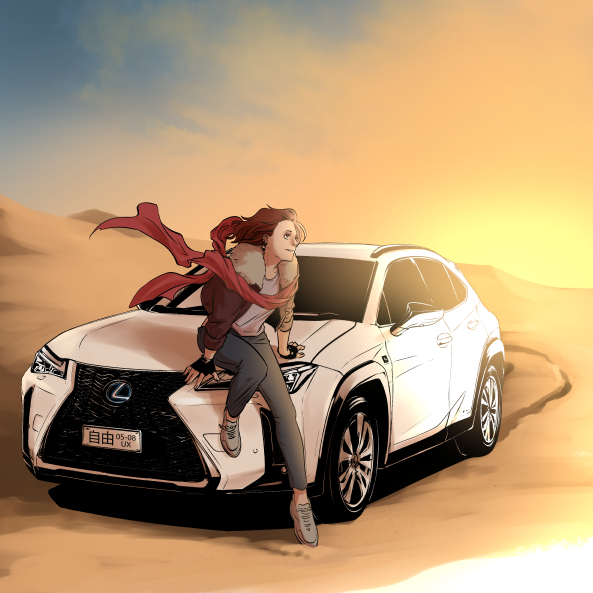 Coming back to these Lexus pieces, self-taught artist Yishan Li, whose work has been published in over 30 comic books created ‘New Horizons’. It features a woman sitting on her Lexus UX compact SUV at the beach during sunset. Li admitted the most daunting aspect of this to draw was the car: ‘There are so many precise curves and design elements, they’re a lot harder to draw than characters.’

The Lexus ES charging away from the dragon is by Timothy Kong who likes to mix Manga, Japanese anime and Western influences. ‘I chose a dragon to highlight the brave design of Lexus cars,’ explained Kong. ‘In Japanese culture dragons are shown to be incredibly powerful and proud creatures that represent courage and strength, and to challenge one is seen to be a brave endeavour.’ 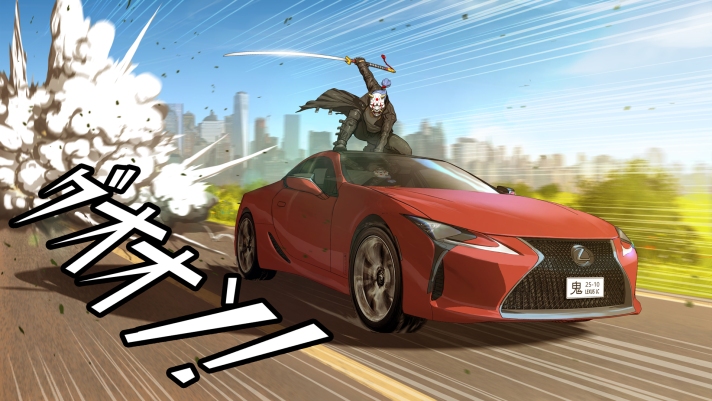 And finally the racing red Lexus LC Coupe, complete with a warrior perched on its roof, is by Bulgarian-born artist Daniel Atanasov. Despite his classic art training, his fascination in anime has inspired him to come up with Manga-style artwork that focuses on sci-fi, adventure and martial arts.

“This was the first time I had been asked to draw a real car within a piece and make it look like part of a fictional story,’ said Atanasov.  Notice there is no driver: ‘The car itself is an autonomous being, but at the same time has a symbiotic relationship with the man.’ 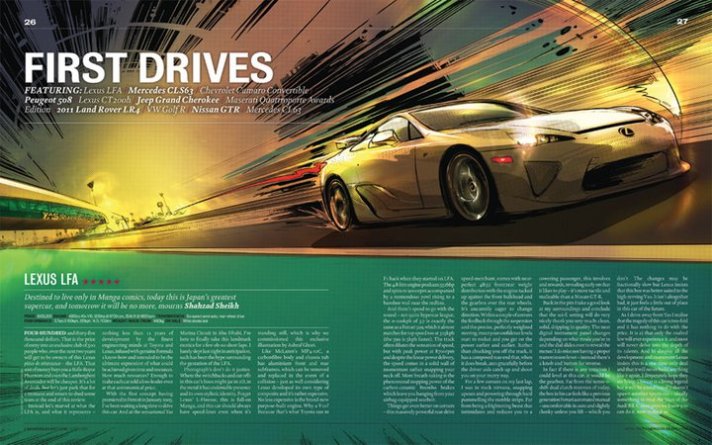 Amazing, but the most extraordinary thing about this particular piece is that it reminded me so much of artwork I had commissioned around 2011, Car Middle East Magazine. Famed Dubai-based comic-book artist, Ashraf Ghori, created this scene featuring the Lexus LFA at Yas Marina circuit to go with my test review of the car at the Abu Dhabi Grand Prix track.

It was an extraordinary and extremely memorable drive, and this creation by Ghori was a spectacular interpretation of that experience, perfectly capturing the drama and action of the sensational and screaming LFA supercar.