Kid with mini version of a Mini on a Mini 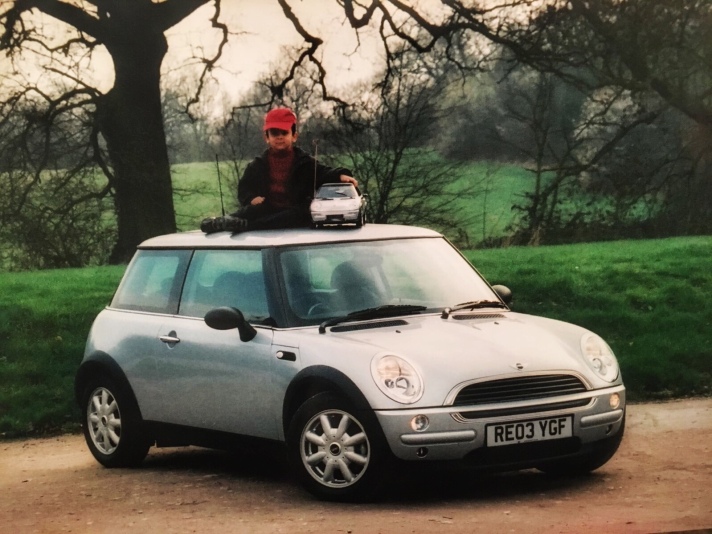 I kid you not – two of the first words my son Junaid ever spoke were Porsche and Mini. Soon it became clear he was quite taken with the new reborn Mini – recognising it, pointing and grinning whilst shouting ‘Mini, Mini, Mini!’ whenever he saw one on the roads.

Eventually his late grandad, who obviously doted on him, bought him a giant remote-controlled Mini for his third birthday. It was silver, and by coincidence, a short while later, I had a silver Mini press car.

So we shot a load of pictures with Junaid and this Mini. This was back in 2003. I just recently rediscovered the set of images and snapped them with my iPhone.

These were shot on a old film Canon SLR, so I was quite pleased with them when I got the photos back. Hope you like them.

And for the record, he still likes Minis. 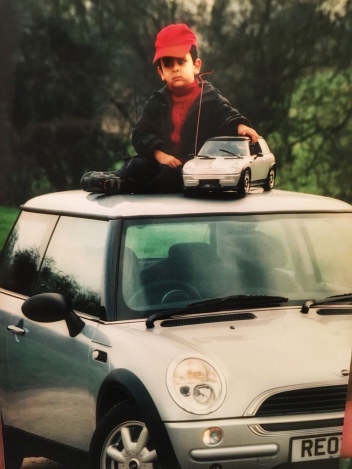 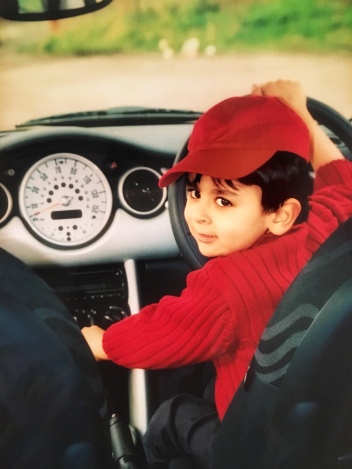