Why you MUST NOT become a car journalist!

I often have people – young lads mostly – come up to me and stammer out:

‘Shahzad Sir, you have the best job in the world!’

Eyes wide, jaws agape, saliva dripping at the thought of all the exotic metal that I get to thrash – Every. Single. Day. Of my life, while pretending that it’s actually just work.

For a millisecond I stop and consider my response.

But, in this passing interaction with kids that truly believe, that I do have the best job in the world, what else can I do but answer positively? 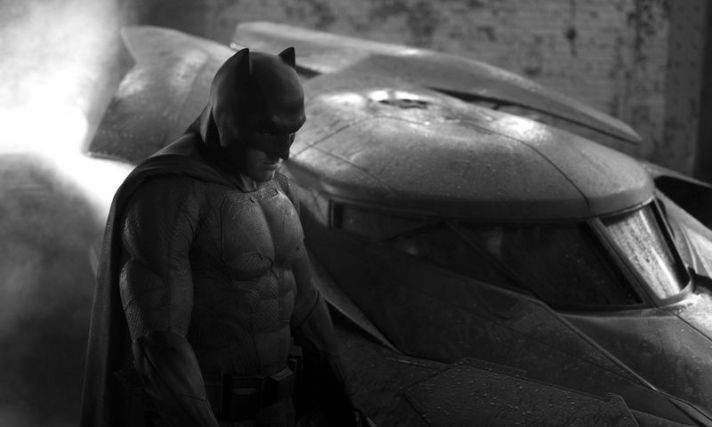 Otherwise it would be like Bruce Wayne admitting that it’s really tedious wearing the Batman suit because it gets hot and sweaty, he can’t turn his neck and it’s impossible to take a piss when he needs to. You don’t want to hear that.

So same here. Gotta keep the faith, right? My reply can thus only be ‘Yes, I DO have the best job in the world!’.

Okay, go on then, a handshake. Perhaps a Selfie! I’ll even do the silly grin.

What’s that? You have a question about cars? You wanna discuss the latest hyper-machine? Okay even that’s alright. We can ‘torque’ (see what I did there?), we can hit some rpm, we can go full octane anorak if you like.

Just… let it, end there. Let that be all. 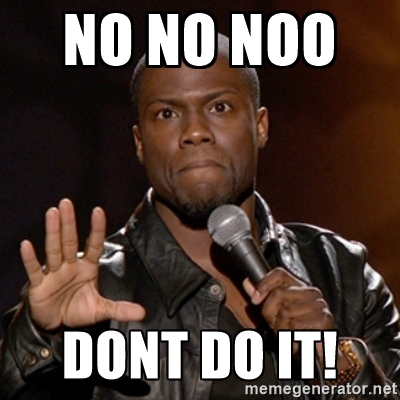 ‘Please, Sir – We would love to be able to do what you do. Can you please advise us on how to start?’

You just opened the floodgates. You just lit rip the avalanche. You yourself are to blame for the devastatingly crushing disillusionment, that you are about to suffer at my innocent hands. I plead ‘not guilty’ your honour.

Okay, admittedly I can’t really deny I have the best job in the world – I said as much myself, in a column I wrote earlier this year – read it here. 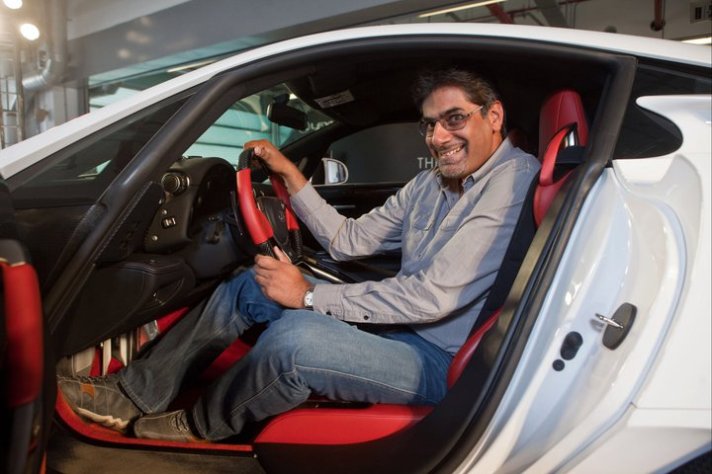 But it’s not really the heady octane-fuelled adrenalin rush on the road to glory, you might imagine.

It’s a lot of hard work for sure. It’s also a mind-screwing rollercoaster of highs and lows that should have left me stranded on an East London pavement many moons ago, bitterly handing out parking tickets and sticking bananas up tailpipes!

I’m only here because of my bloody-minded determination and perseverance.

But the cold harsh truth is, I’m always only one bad month away from ending up as that traffic warden or becoming an Uber cab driver. It could still happen.

However, I’m not gonna go over all that right now. You can just read what I’ve already written. 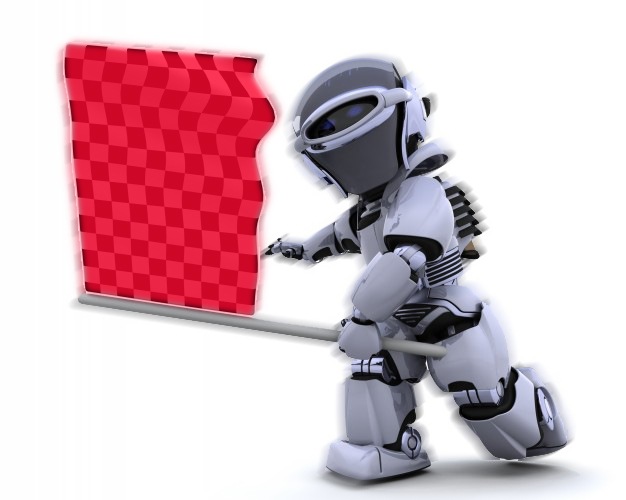 Instead there are two other more pressing reasons that put this whole car-journalousing game on a ticking clock of doom and gloom. Believe me there’s a red flag waiting at the end of this pit straight and it’s being waved by a Robot named The Influencer.

What I do mean by that? Keep listening.

First, let’s tackle the world of journalism and media itself. In fact just see what John Oliver says about it in this video, because he simply nails it. Go on, I’ll wait…

You see, that’s part of the problem, right there. You lot… I mean you really should watch it, he’s bloody brilliant.

Okay, in a nutshell – journalism is being slowly strangled to death because ad revenues are diminishing fast – and that’s because of how we – you and I – consume media. We don’t buy newspapers. We don’t even go to proper news-media websites anymore.

Where do we get our news now? We get it from our mates. And where do they get it from? They saw it on Twitter and Facebook. And what’s on there? Fake news.

Social media gives us a false sense of being well-informed. And yet, you just proved, by not wanting to click the John Oliver link that it’s all a bit superficial really. In fact 70% of Facebook users don’t click on links that they actually comment on, and even share!

The only reason you go to a dedicated news portal, is if there is a major and legitimate trending story breaking right now. Like if Prezzi-elect Donald Trump actually turns out to be an alien in disguise who’s been sent here to test our collective IQ levels.

BTW bad news, we failed, invasion is next Tuesday. Frankly it might be a mercy. 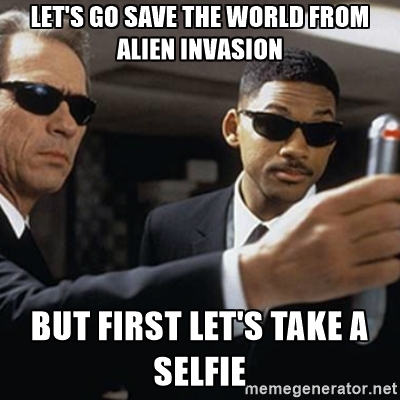 Anyway, the point is that nowadays we just absorb our social media feeds without thought, without  discern.  Yep we just snort it up like some kind of drug and then keep going back for more fixes. And each subsequent time, it means less and less.

You’re now thinking that I might have been at the white stuff myself, because what’s all this got to do with cars?

Well it’s got to do with social media screwing traditional media. You see with everyone sitting on their Facebook feeds all day long, that’s were advertisers obviously want to be too. This means that resources for actual, go-hunt-down-the-real-story-behind-the-story-journalism are hardly available anymore. 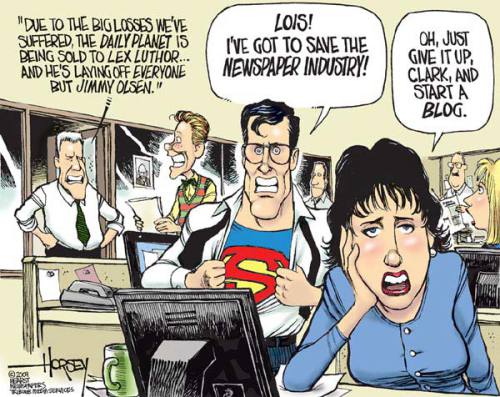 Did you know advertising income for newspapers in the UAE alone, is estimated to fall next year to less than half of what it was in 2015. And that’s after it already took a fairly severe pummelling this year too.

So the media industry is in some serious flux right now. It’s completely transitioning between here and… God-Knows-What.

And that’s the problem, even with all my experience in media, I can’t predict what will happen to the industry that I’ve worked in my entire life. My best guess is that it will be anyone and everyone posting online whatever the shit they like without necessarily any analysis, contemplation, context, authoritativeness, comprehension, or even – as we’ve now learned – any semblance to truth.

Many of these people are already out there, and they’re called ‘Influencers’.

If you’re still thinking of becoming an actual journalist – I must warn you, it’s gonna be the most obstacle-laden and daunting of all possible career paths. And it will be fruitless.

Even if you’re any good at it, you’ll be overworked, underpaid, burdened with debt, unloved, unappreciated, fat from fast food, cancerous from cheap tobacco, and will ultimately end up a cynical and bitter old bastard, bemoaning all the stupidity in the world, before clocking out thanks to a dicky ticker. 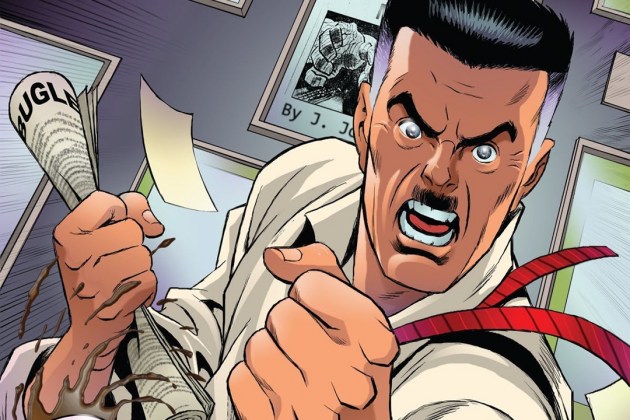 So I urge you to take the next exit off the disinformation highway to hell, right now!

However, maybe you don’t care for any of that, or have no higher ambition other than just wanting to spend the rest of your life driving cool cars – which I can totally understand because, that’s partly why I got into this game! Perhaps you just want to be a YouTuber – and journalism’s got nothing to do with it anyhow.

And that brings me to my second point and why I mentioned the Robot earlier. You see, very soon, you won’t actually be able to drive cars, at all – forget having fun doing it.

Fully autonomous cars – yes those cars that can drive themselves and won’t need a human behind some archaic steering wheel – aren’t far away. In fact they’re already real. You can buy Semi-autonomous cars today. And a Mercedes E-Class just drove itself from Dubai to Abu Dhabi this month, as if to prove my point.

They’re just waiting for legislation and – let’s be honest – public opinion to catch up with the pace of technology. Which WILL happen.

You see there’s a financial argument to suggest that robot cars will keep us safe and will cause less devastation on our roads in terms of accidents, injuries and deaths. And that equals less of a cost to the State and insurance companies.

As for public opinion – ie convincing you lot to let go of the wheel and take your feet off the pedals – that’ll come through a slow seeping process of weaning you onto more and more driver’s aids until the car is doing most of the driving anyway.

I drove a German car recently that so clearly and dearly wanted to be autonomous, that I frankly felt like giving in, crawling into the back seat and leaving it to it – whilst we were still on the road!

We’re all getting lazier anyway, so it really won’t be that hard to make us want to get into our cars and tell Siri to tell Honda to take us back to Dave (which is what we will name our future Smart Home). The only unrealistic thing in the above picture is that the guy is reading a physical book!

I reckon autonomous cars will start hitting our roads in significant numbers in five years. In 10 we’ll all have them. And in 15, driving cars will start to be deemed… socially unacceptable: you know, like farting in a lift, smoking in public and grabbing a women by the… what? Oh, that’s alright now is it? Eesh! I pity the cat.

Driving will be deemed a deliberate endangerment of your and others’ lives. And then… BOOM! Five years from then – DRIVING WILL BE BANNED completely.

I even wrote a story about it – read it now! 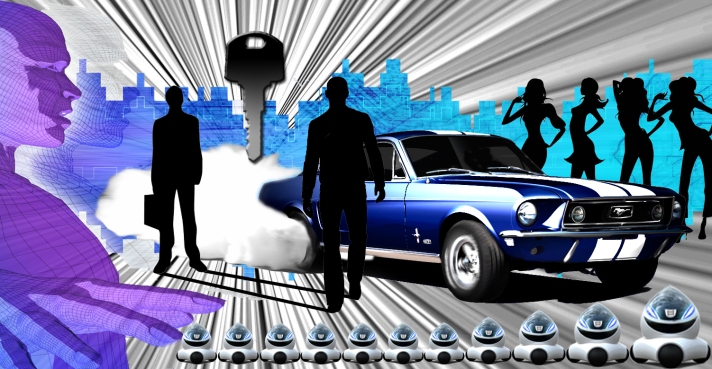 Of course I desperately hope I’m wrong – because I won’t have anything to do then, and I don’t know how to do anything else.

Sadly though, I don’t think I am mistaken.

So back to motoring journalism then, unless you’re looking for a very short career indeed, I implore you to forget this line of work, and go do something else, something far far easier, like running for the American Presidency – it’s easy, just go out there and spread fear-mongering and hate. It seems people are begging to have their intelligence insulted.

Or, if your IQ is too high for that, how about learning how to MAKE autonomous cars? Now there’s definitely a future in that!

6 thoughts on “Why you MUST NOT become a car journalist!”