Beautiful models are crucial to the success of humanity – no really! 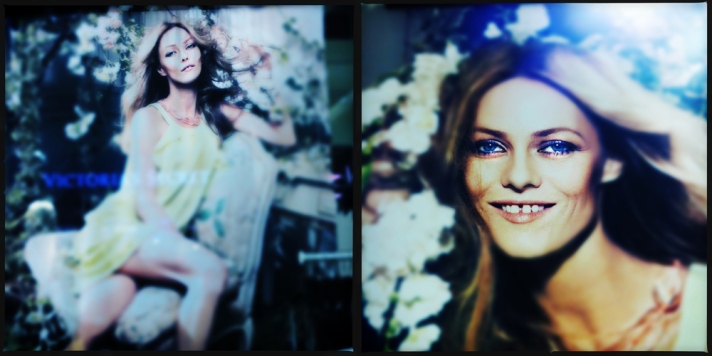 Far be it for me to make fun of people’s teeth (the mean kids at school used to call me goofy, the nicer ones compared me to Freddie Mercury, or at least I thought they were being nice) but take a look at the picture above.

Man, I could drive a Hummer through that gap! Okay, that sounds a bit mean, but she is fair game because she was on a giant poster in H&M (surely she should’ve been in GAP – geddit?).

But hang on, models used in the world of high-street advertising are surely meant to be unrealistically good looking and living in surreal world of idyllic gorgeousness, right?

Or maybe I’ve got this all wrong, maybe this is a bold new statement from a major clothes retailer that wants to reach out to actual real people.

Maybe the new thang is that you don’t have to be impossibly pretty or perfectly formed to wear trendy threads, but you can in fact be as big as a house or indeed capable of fitting one between your front incisors.

Similarly a department store in Sweden has also recently provoked controversy by using size 12 models in its lingerie department as opposed to the usual ‘skinny-as-a-stick-insect’ size.

So this is good news, right? Especially to the visage-impaired such as myself? ‘Buy this stuff and you’ll look good, even if you don’t actually look good?’

Time to celebrate our aesthetic diversity, then. The world’s biggest pop-star, Pys, is a tubby little fella who can’t dance, we have the ugliest James Bond ever in the craggy, flappy-eared Daniel Craig, and Jennifer Aniston is just a haircut.

So we’ve deconstructed our heros and idols, and remade them in our own average images. This move must be for the betterment of society, when you take into account the long-standing arguments that media images put too much pressure on the young to be the right size, colour, shape etc., and encourages them to seek cosmetic surgery as well as generally splurge disposable-that-isn’t on unnecessary clothes and accessories.

Except that I’m not so sure. Humanity has always striven for better, that what’s allowed us to evolve and be the dominant species on this planet – admittedly even to the detriment of that very same planet to some extent. But settling for mediocrity or celebrating mundanity is not exactly inspiration for achievement and improvement.

Could it be that the world has decided than in the new millennium, we’ve already reached the pinnacle of human progress, we’ve attained perfection, so there is nowhere else to go but back?

Well no, because there’s no such thing as perfection. There’re never can be. That is what makes the pursuit of it as engaging as it is fruitless. Because even as we fall short of perfection we become more than we were. And surely that’s a good thing?

Convoluted perhaps, but my point is that we’re inspired by, enticed by, and helplessly drawn to beauty and idealism, even if it’s unreal. If we give up on it, and concede to boring reality, perhaps we’ll cease to progress.

Sure the stagnation of the human species is far too great a potential burden to dump upon the timid shoulders of the poor gap-toothed girl in the poster, but a big-picture outlook needs to take in low-level trends. So bring back the good-looking models in the in-store advertising.

Besides, the real issue here is that I need something pretty to look at while the wife’s in there shopping!