Online classic car auction specialists, The Market, have just released info on what they are saying is ‘possibly the best preserved, most original and most well-known Golf GTI Mk 1 on the planet.’ 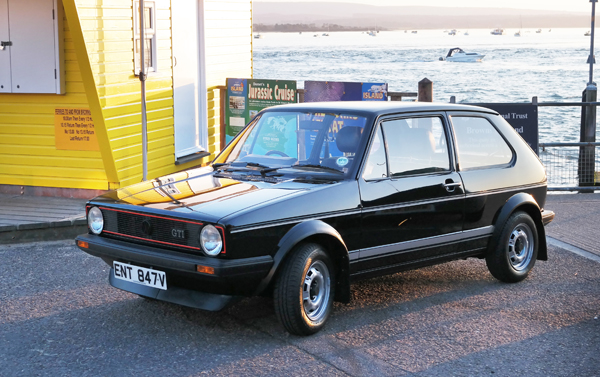 There’s a 1:43 scale Corgi Vanguards Classics model replica of this exact car, and ENT 847V featured on ‘The Car’s The Star’, broadcast by the BBC in May 1995, which saw Quentin Willson behind the wheel of “the world’s most complete car” as well as being dubbed “the car of the century” by Jeremy Clarkson in BBC’s‘Clarkson’s Car Years’in June 2000.

In 2015 the car was treated to recommissioning by renowned Mk1 Golf experts Crazy Quiffs of Wallingford at a cost of over £7,000. This included a strip of the underside of the car and replacement of dampers, brake components and fuel linesto ensure safety. The engine was also removed for cleaning, the gearbox rebuilt, and the clutch assembly replaced.