Check out my latest feature on DriveTribe featuring a Dozen Dazzling Datsuns!

#TBT – I reviewed and photographed this replica C110 Datsun Skyline GT-R in 2012 for a feature on Motoring Middle East – click here to see that.

The left-hand drive car featured in these pictures is actually a 2000 GT-X which also originally featured a 2.0-litre inline-six with 130bhp. However this car had been fitted with a much newer fuel-injected engine straight-six, and the gearbox had been replaced to cope with the extra power. 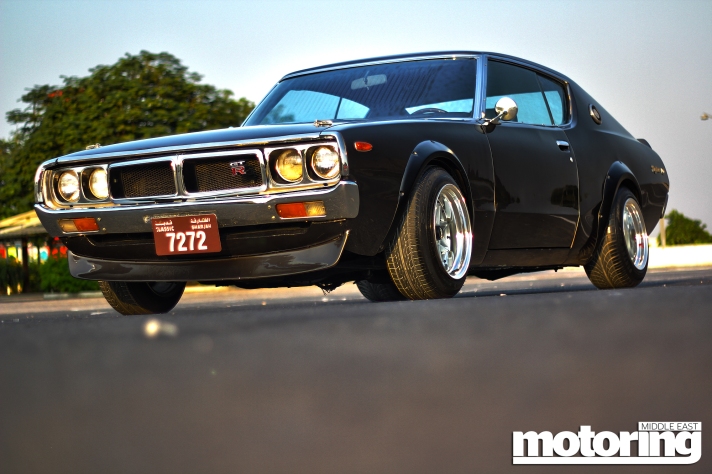 The rest of the car was upgraded to a replica GT-R complete with external badging, wheel-arch extensions, front and rear spoilers and grille. With so few of the original C110 GT-Rs made, it’s not unusual to see replicas like this, but the lowered stance and improved performance made this a real head-turner on the road. The owner, Hamed Waleed, is a huge GT-R fan with a collection of them.

The GT-R name, which stands for Gran Turismo Racer, first appeared at the Tokyo Motor Show in October 1968 on a four-door saloon. It had a 2.0-litre inline six producing 160bhp. Code named KPGC10, it was popularly named ‘Hakosuka’ a combination of the Japanese word ‘box’ and an abbreviation of ‘skyline’. 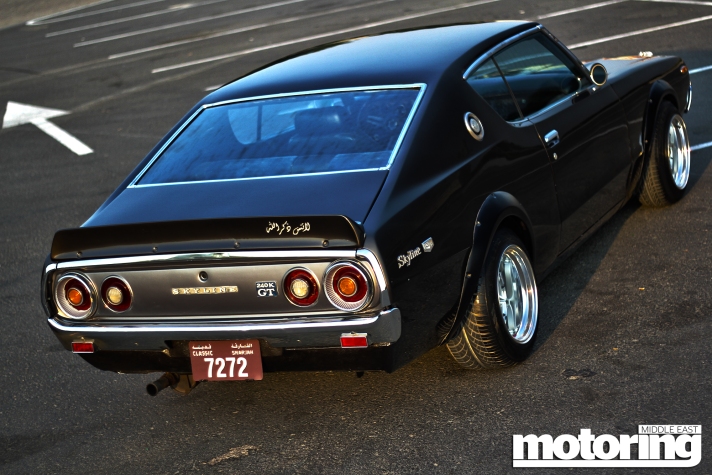 With production starting in February 1969, the first generation (C10) soon sired a two-door coupe version in October 1970, stripped of weight for racing. And they did well on the track, earning 50 race victories between the saloon and coupe by 1972.

Whilst this first generation is now the most sought-after and collectable of the original GT-Rs, with nearly 2000 first generation GT-Rs having been produced, it’s considerably easier to source than what followed. 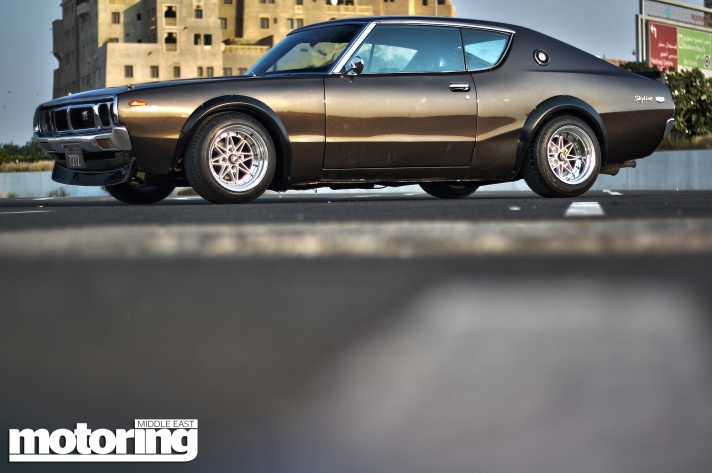 The C110 body-style was introduced in 1973 and ran till 1977, things were a lot less successful for the GT-R badge. The Skyline itself was popular in this generation, exported and sold as the Datsun K-series and badged as 160K, 180K and 240K in four-door, coupe and wagon guises.

It was a good-looking with the bold swept back lines now inspired by 60s and 70s Detroit muscle, rather than the bolt-upright and more European style of the previous C10 – you can see shades of Alfa and Fiat in the C10 design, as much as you’ll notice early Ford Mustang and Dodge influences in the C110. 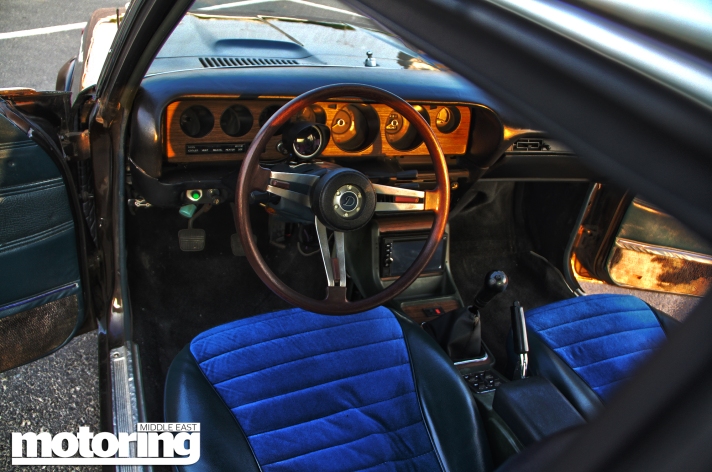 The C110 is also notable for the round rear tail and brake lights (as seen in these pictures) which became a Skyline signature style that can be seen even today on the current generation GT-R (R35).

Bizarrely the C110 Skyline was also known as the ‘Ken & Mary’ or Kenmeri due to an advertising campaign featuring a young couple by those names who seemed to go exploring a lot in their blue coupe (scroll down to see the advert). The ads, and the car, were a hit. 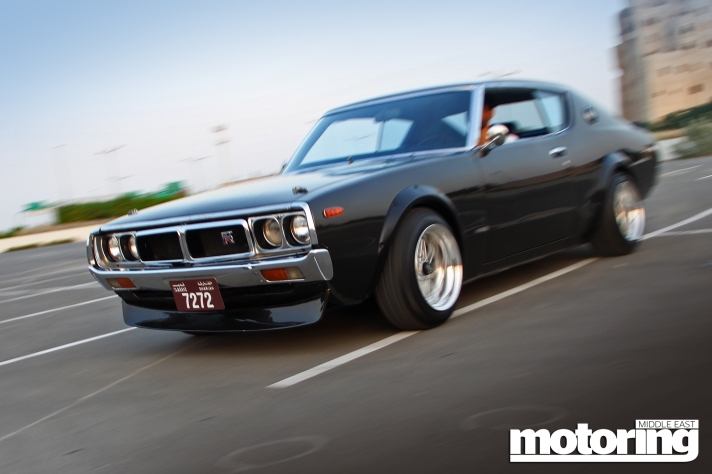 The Skyline GT-R was introduced simultaneously in hardtop coupe guise, but production only ran from September 1972 to March 1973. It featured a 2.0-litre inline-six S20 engine producing 160bhp and driving the rear wheels through a five-speed manual gearbox. It featured both front and rear disk brakes, semi-trailing ring arm suspension with front and rear spoilers and wheel-arch extensions. It was indeed a proper little street racer. 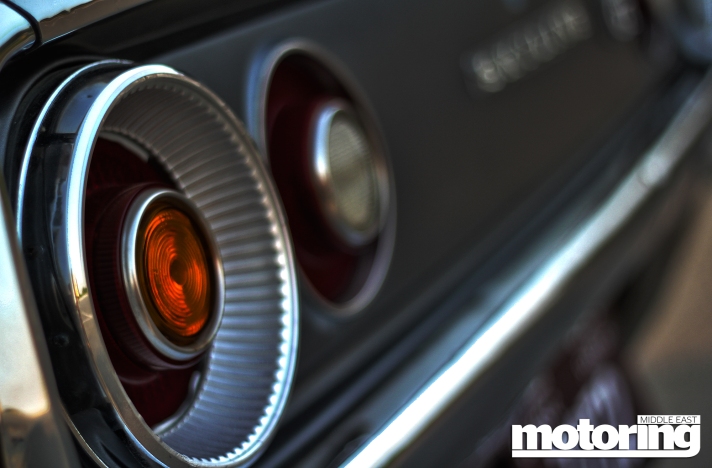 Unfortunately its arrival clashed with the fuel crisis of the 1970s – the same crisis that castrated American muscle cars of the era – and demand for overtly sporty cars fell dramatically. In fact only 197 were built, all for the Japanese market only.