I finally get a go in the legendary little Russian go-anywhere Lada Niva! 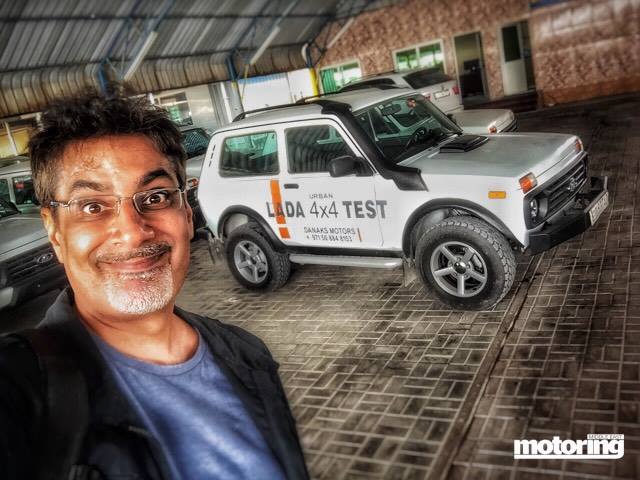 Yep, the legendary little Russian 4×4 is now on sale in the region. Brought in by Danaks Motors – based in the Ajman Car Souk, you can pick up a brand new Niva from just AED35,500 ($9,500) or AED37,500 ($10,000) if you opt for the six-month warranty. Yep you read that right, six months only. You might as well save the two grand and go for the lower price. And there are service centre in Dubai, Sharjah and Ajman.

Electric windows and mirrors, power steering and ABS brakes, as well as air-conditioning are standard on this ‘Urban Sahara’ model that is adapted to the Middle East with better cooling.

They also modify the cars, and the one we drove had extended wheel arches, a snorkel, and steel front bumper with room for a winch. All cars are full-time 4×4 and come with a five-speed manual transmission. Plus levers for diff-lock and hi and low ratios – proper old-skool off-roaders!

They are powered by a 1.7-litre four-cylinder putting out 92bhp (now with Bosch fuel injection), in a car that weighs only about 1200kg, though our car with its mods was probably slightly heavier. That’s all the figures I have, but I’d guestimate about 100lb ft of torque, and a 0-100kph time in about a quarter minute and a top speed of barely knocking on the door of 150kph despite the optimistic 200kph dial on the instrument panel.

Having said all of that though, this car seemed to have plenty of real-world go as you can see in the video above, and certainly wasn’t one to embarrass itself. Once I got used to the slightly slippy clutch (probably unique to this well-used only demo car) it never felt sluggish or slow.

Best of all was its performance in a bit of sand in what appeared to be the local dump site that we tried it on. Sure it’s been raining lately, but that just meant we didn’t have to deflate. The little Niva happily scampered all over the place like a mountain goat, and all of it in a surprisingly wide second gear band well able to access all the torque at hand.

With the power steering and reasonable light control, this was no way near as harsh or heavy to drive – I imagine tractor-like controls – as I was expecting. In fact only the slightly notchy gear change needs a bit of a firm hand, otherwise anyone can drive it. And being tall, narrow and compact with excellent all-round visibility, this would make an easy companion around town, with all the ability you’d need if you want to go adventuring.

And for the money – you don’t have to be too precious about it. Plus, don’t forget it’s designed to take and shrug off abuse. You get the sense it’ll put up with anything you can throw at it, as long as you sneak a glass or two of Vodka into its petrol tank. Er… Don’t really do that of course.

Frankly a fun-to-drive and bash-proof little runabout that is simply too hard to argue against given the money you’re spending on it. It’s a toy, it’s your daily-driver, it’s a workhorse. Get it. Love it! 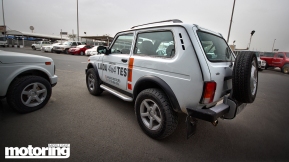 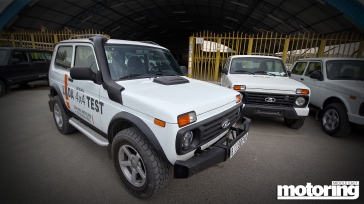 London Mayor Sadiq Khan, is going ahead with plans to expand the ULEZ - Ultra Low Emission Zone - to cover the whole of Greater London right up to the M25. This is terrible news. It will hit hardest on those already suffering from the cost of living crisis and will banish classic cars from the city’s streets. Here’s why it’s wrong! Watch my video on my channel or go BrownCarGuy.com
Not @drpepper, definitely not 🤣🤣🤣
New Chai place in Kingsbury opened today! 😲☕️🤩 @karakchaii #chai #karak #karakchai
See full vid on my channel or go BrownCarGuy.com