Is Car Ownership a thing of the past?

Why would you own a car, when you can drive a new one only when you need it? 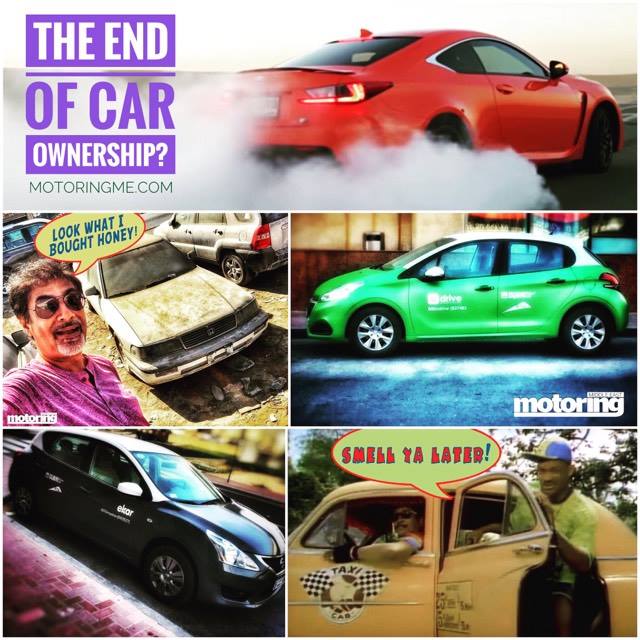 Do you live in Dubai? Have you noticed those little Peugeots resplendent in their bright green, almost fluorescent, wrapping? Usually parked near Metro Stations. Know what they are?

They’re pinch-go-and-dump motors that you can drive for mere fils per minute, now widely available from U-Drive. They’re not alone either, there are also grey Tiidas hanging around too, with ‘Ekar’ plastered on the sides. Same deal. 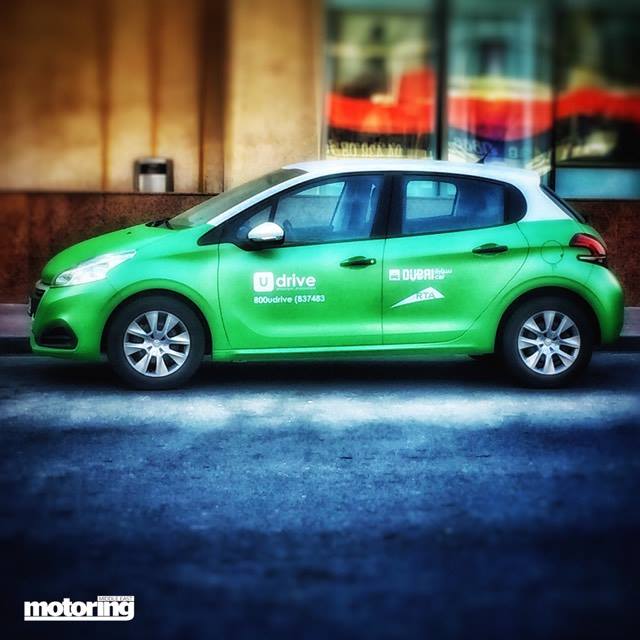 Car Sharing schemes – are they the new car ownership? They’ve already been established in other parts of the world for a few years, particularly Europe, and now with a rapidly developing public transport infrastructure in our tomorrow-land city, the future of car-ownership (or rather the lack of it seems to have arrived).

In fact how many people do actually OWN their cars anyway? No, I mean, REALLY own their cars. I’m not talking bank loans, Hire Purchase or leasing – I mean free and clear. 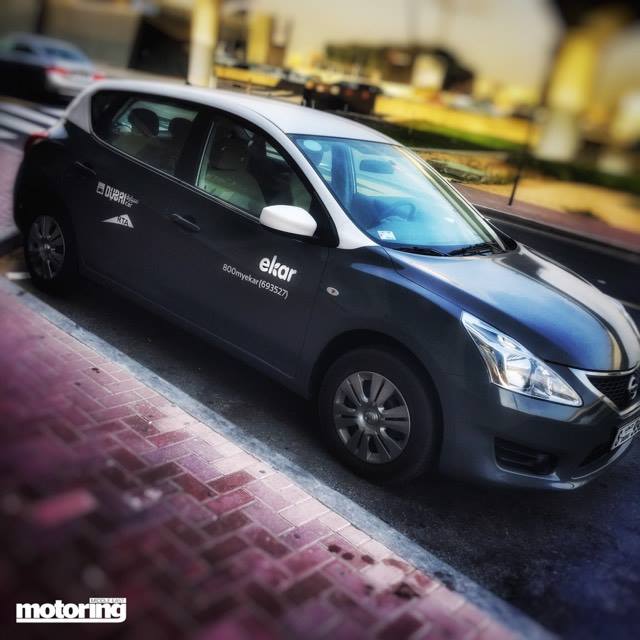 Particularly in the UAE, where there is a penchant to be seen in the newest thing possible, it’s just too tempting to defer payments to like, sometime in the future never… a good portion of the car ownership here is essentially virtual.

Well who’s got the patience to save up money – especially when you end up with nothing at month-end after the bills are all… well… left unpaid too? The Expats dream-never-to-come-true. 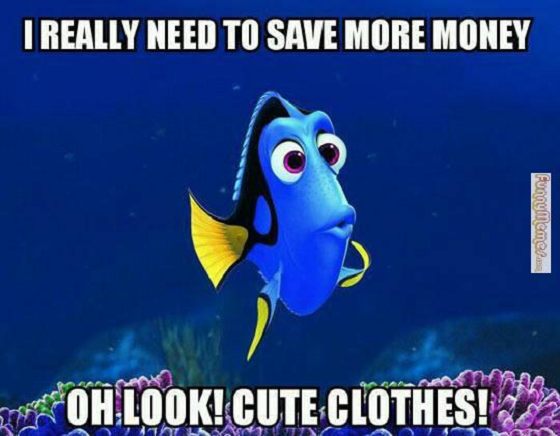 Or if you have managed to hide away a few dirhams here and there and built a little stack of dosh in the ‘buy my car’ biggy-bank (the halal version), you might have to go the used car route.

Used?! Gasp! What would the Ahmeds next door think when you roll up in your second-hand survivor fresh from an adventure in Aweer? 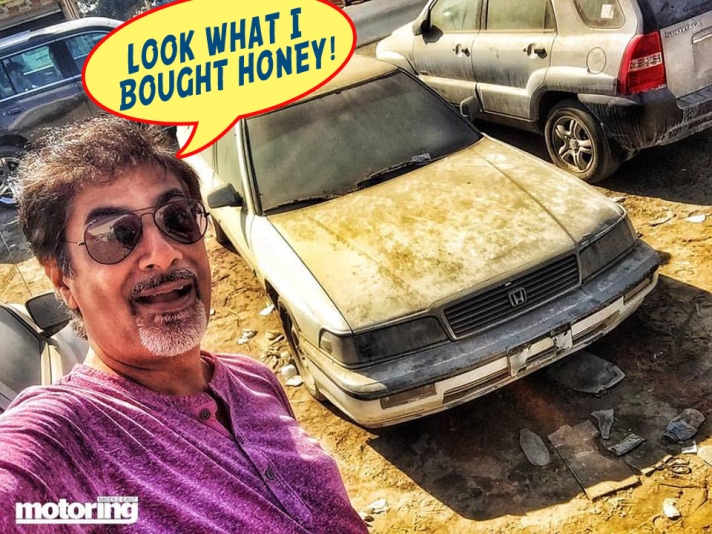 So these then are quite appealing schemes where you don’t buy a car, nor service it, maintain it, tyre-it, insure it or even wash it and fuel it. But it’s a new car. And you use it when you want to, only for as long as you need to. And you get charged by the hour – at sub-dirham rates!

Well why would you not do that? It makes sense, it’s logical, it’s practical, it’s reasonable… I actually want to try it myself! I might sign up after finishing this piece. 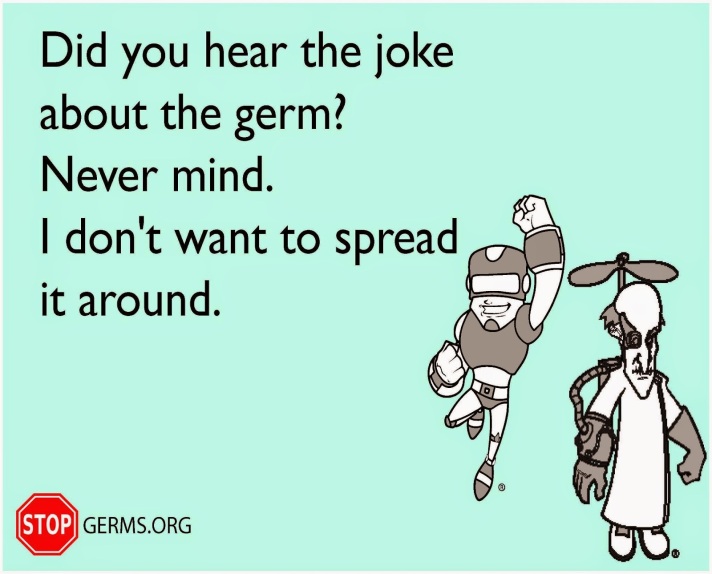 But whoa there, that’s a lot of pros, let’s thrown in a con or couple into this discussion. Firstly, it’s unlikely that you’ll find one left right outside your house, you have to reserve it and know exactly when you’re going to use it and then go get to it.

And what if they’ve all already been booked by other car-sharing members just when you need it most?

You also don’t know just what else has gone on in that car before you get in – I mean from a hygiene point of view of course. Yes, sure, you ride in taxis and sit on seats in the metro already warmed by the butts of others. But here you have to drive the car, touch all the controls. 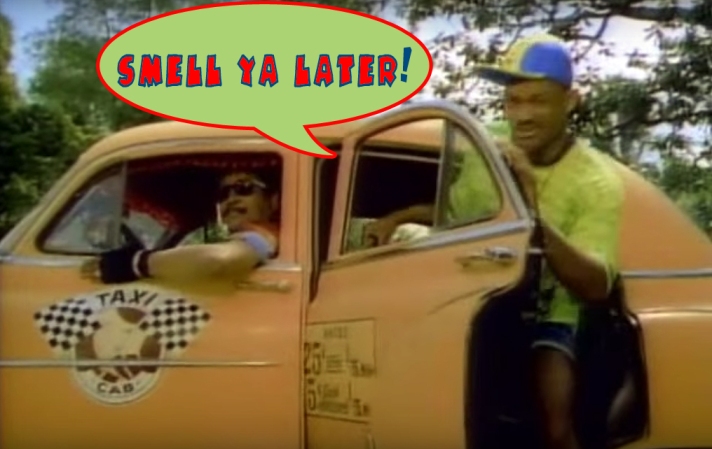 As you ease onto Sheikh Zayed Road, you can’t help but ponder with a quiver: was the last driver one of those awful people who leaves the restroom without the diligent soap, water and minimum 20-second hand-scrubbing routine?

Could they have had a cold? The flu? Ebola?! Eek! Should there be a hand sanitizer dispenser stuck on the windscreen? Is your next destination quarantine?

And one more thing, here’s what really gets me – as a car guy – where’s the satisfaction of owning your own pride and joy? I could go on for gigabytes on this – but you know how a petrolhead thinks, you are one, or you wouldn’t be reading me. 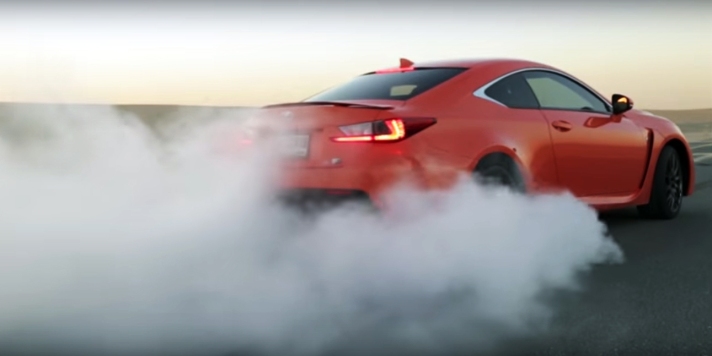 Having said all that… no rising insurance premiums, no annual re-registration, no worrying about tyre tread and best of all: bring on the those door-dinging dimwits, see if I care! Hmm… think about it.

With the advent of autonomous – fully autonomous – cars (oh they’re coming, they’re right around the corner) which literally could be summoned to wherever you are and then head off to wherever they’re needed next, this sort of by-the-hour, heck probably by-the-minute, car-sharing schemes are impossible to argue with. 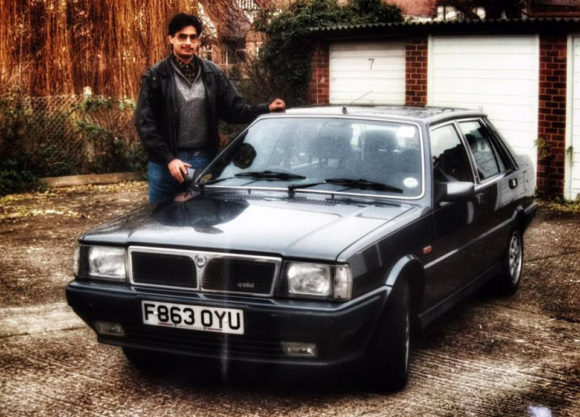 However I grew up in a era, where I couldn’t wait to own my first car, even if it was a Ford P.O.S bought off a bloke down the market for a few hundred quid, it WAS mine. It was a milestone in my life, a rite of passage, a moment forever special till senility scrubs the memory.

Then there’s awesomeness of owning my first cool car – a Lancia Prisma Symbol. Man, that special experience will be lost to future gens, but then even today perhaps they’re not really concerned about that sort of thing. Perhaps owning the latest iPhone 9.2S Plus Whatever is more crucial.

So that’s that then. The future of car ownership is merely classic cars I would predict – an expensive hobby. Just as well really, I suppose. After all, do you really want to own a 206… or a Tiida?! 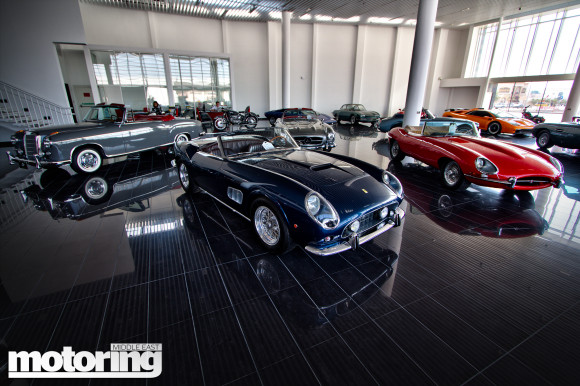 2 thoughts on “Is Car Ownership a thing of the past?”