Haunted by a Honda

If you’re like me, you believe some cars have souls – so could they come back to haunt you? I think so. I believe so. I know so. 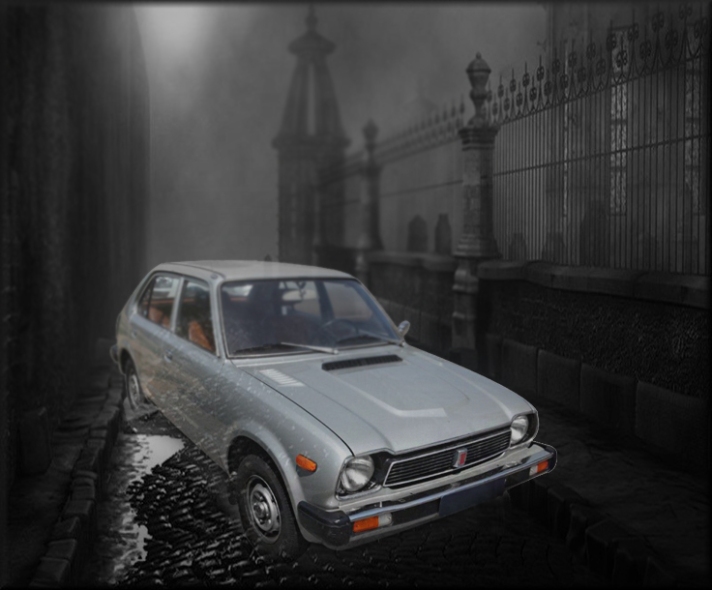 I couldn’t believe my luck. I was working incredibly hard just to try and keep a straight face and my excitement in check. This guy had no idea what he had on his hands, and I was successfully playing ‘mildly interested’ and ‘I’d be doing you a favour by taking it off your hands’ right up to the point he mentioned someone else was due in a couple of hours to look at it.

He could totally have been bluffing of course, but I wasn’t going to risk it. If anyone else even moderately knowledgeable saw this, they’d snap it up immediately. The next words out of my mouth were: ‘Take me to the nearest cash machine, I’ll pay you in full and drive it away right now!’

Paying in full only amounted to £400, and less than an hour later I hammed it up trying to coax this old clunker off the gentlemen’s front drive, once he’d moved his brand new Volvo estate out of the way. Frankly he seemed relieved to get rid of the old banger sullying his posh Surrey semi.

In fact he didn’t have a clue. After his parents had passed away, he had been stuck with this little old thing. He wasn’t a car guy, as evidenced by the Volvo 940 GLE he was proudly repositioning at the front of his house.

But whether he’d been bluffing or not about the other buyer, didn’t really matter, because what I’d driven away was probably actually still worth about £1500 if not more. It was (at the time) over 15 years old, but as immaculate as the day it left the factory – it even still had the plastic covering on the inside door cards!

It was a 1979 Honda Civic five-door hatchback, with very little miles, full service history from new and obviously lovingly cared for. The only telltale to its years was the faded paintwork on its roof, otherwise this gorgeous little car could have sat on a showroom floor.

And it was no slouch either, despite a slightly asthmatic carburettor, the 1.5-litre CVCC engine loved to sing the high notes up through the tactile and sweet five-speed manual gear change, making a tremendous big deal of its mediocre-sounding but astonishingly effective 60bhp.

Once I was out of sight of the man, I dropped that floor-mounted tall stick that operated the 5-speed gearbox back into second and mashed the right pedal, the little old Civic positively yelped for joy, pouncing forward with its nose up in the air. And I stayed on it round the next corner, spinning that massive thin and knobbly-rimmed light, but delectably feelsome, steering wheel like I was at the tiller of the Titanic trying to avoid an iceberg.

The 700kg city car didn’t lean over as much as I’d expected, despite the remarkably compliant ride, which actually proved usefully firm and flat under duress, but you could hear, feel and picture the 155/82 tyres twisting under and trying to rip themselves off the puny 12-inch steel rims – they never did though.

My first thought immediately after was to virtually give myself a pat on the back for stealing the deal of the decade and ending up with not just a brilliant little rare (for the UK) Japanese classic, but also one heck of a fun driver’s car (yes it only took me a single corner to know that – conversely it can take days in a modern car to try and ascertain whether it is ‘fun’). My second thought was: ‘blooming heck, I’d better take it easy till I get home and sort some insurance out!’

Although it wasn’t actually me that needed to sort the insurance, because this car wasn’t even mine, I had a 1988 BMW 325i SE Coupe at the time. This Civic was for my sister – her first car after passing her driving test. So my third thought was – hope she likes it!

She loved it. She adored it. She drove it everywhere – that is whenever I hadn’t already borrowed it, which of course I frequently did. It was a hoot. Think of it as a very slightly sloppier classic Mini Cooper of that era, with less grip, more comfort and just as much fun to runabout town in.

What’s more it seemed to revel in it, certainly I felt it did whenever I got behind the wheel. I wouldn’t spare the revs, or the tyres, or the transmission, and certainly not the brakes – which never groaned or moaned by the way. You got the sense that it was delighted to be freed from the drive, and that it probably did nothing more than pootle to the post office and back in its previous life.

Now it got to open up, live a little (especially after we got it a new carb), relish the revs, get some attitude on through the corners, be a have-a-go traffic light hero – gloriously losing fights but leaving its driver laughing like a kid.

So where was I? Oh yeah, my sister, she drove it everywhere. That is, right up to the day she had a head on collision just streets from our home. Fortunately, thankfully, by the Mercy of God, despite the 70s safety structure, basic ergonomics and flimsy belts and seats, she walked away completely unharmed. The little Honda saved her.

Sadly we could not save the little Honda though. For over six months I kept it in our drive, looking miserable now that its previously cute round-eyed face was severely mashed up, but the insurance had written it off. I kept it though, believing there was still life in it. And sure enough, even after weeks you’d take a key to it and with a little effort the engine would fire back up to life, a little of the old sparkle still showing, still striving, still seeking to soar to the redline.

But these were the dark days before the Internet became useful for anything other than exchanging dancing-girl gifs. And locally, despite scouring the Yellow Pages and ringing up a huge phone bill hitting all the breakers’ yards, I couldn’t find the bits I needed for it.

I figured the bonnet and perhaps the fenders could be straightened, but it would need a new bumper, grille, headlights, indicators and inside the radiator and fan at the very least. These days, of course, you can even order replacement LED lights and regular parts from half-way around the world, all done online. Sigh.

With any other car, none of this would be a problem. But there really weren’t many first generation Honda Civics around in the UK. So eventually, I had to concede and give in to the demands of getting it off the front drive, and in a final ignominy I paid for it to be towed away, as no one would even buy it for scrap.

I put a brave face on it, but the truth is that the moment it wailed (yes that’s the sound I was sure it was making on the tow hitch) whilst being towed down the road, I felt I had made a terrible mistake. There was a sudden compulsion to chase after it and then probably have to buy it back. I swallowed it down, though it seemed to bounce back again as a smidge of oil-slick bile.

To this day I regret the decision to let it go, and not least because the car haunted me for years thereafter. Don’t tell me this has never happened to you. After all, as I said, if you’re like me, you believe some cars have a soul – this one definitely did – so why wouldn’t it come back in spirit form?

Every now and then, I’d be walking down the road and I’d hear it – the familiar, yet slightly wheezy (it had never quite gotten over its carb transplant) thrum, the clunk of the changes, the slight rattling of the body… I’d turn my head only to find an old Ford Sierra droning past, sounding nothing like a Civic, or in some cases even worst – nothing on the road at all!

Or there be the double-takes on thinking I’d caught a glimpse of it driving in the opposite direction or parked by the side of the road, sometimes I’d even do a quick u-turn and come back only to find a silver Vauxhall Nova or something where I thought I’d seen the old buzz box.

Other times I’d be crossing the road with my old Sony Walkman pounding MJ into my ears only to turn and find myself suddenly facing those distinctive round headlights. As I bounced over the bonnet I would of course wake up in bed, sweating and looking around for a flash of the lights still bearing down on me. Fortunately they never did.

I can’t prove I ever did see it of course. Not for real. In fact in real life I’ve never actually seen exactly that spec (silver paint with the caramel brown interior cloth contrasting with the black dashboard in the sparse but spacious cabin). You’d think I’d come across another one in my travels and through so many car shows and events at some point somewhere, but no.

That in itself is strange. But admittedly these old Japanese cars, good ones at least, are rarer than Ferrari 250 GTOs. As are first generation Honda racing-white Accords – but that’s a story for another time. Meanwhile do please keep a look out for my old haunting Honda, in your dreams or in real life. 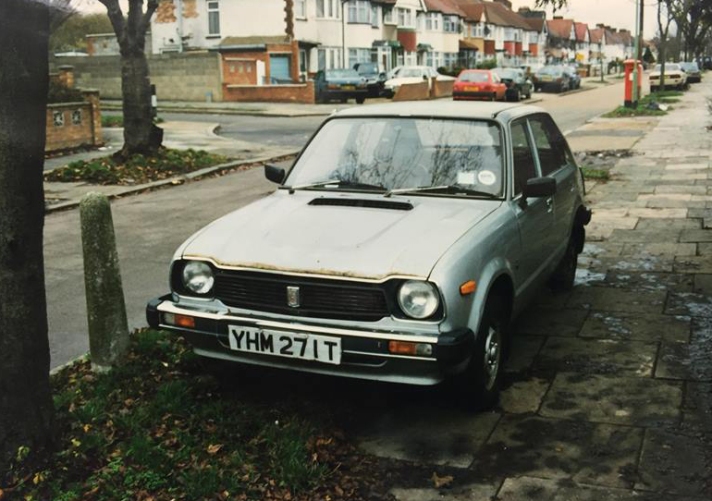