A lifetime of Accord – Honda that is!

Giving back the 10th generation Honda Accord, caused me to reminisce and go right back to the beginning.

We’ve been running the 2018 Honda Accord 2.0-litre Sport Turbo over the last four weeks at Motoring Middle East. I actually didn’t have that much time with the car, but in the week leading up to its return I couldn’t help but reflect back on my own personal lifelong association with this now iconic Japanese automotive nameplate – I’ve actually driven every single generation of the car in one form or another.

I talk about it all in this video, alternatively – keep reading!

My history with the car goes right back to the first generation Accord, in fact this very car, that’s my parents in the front and my younger brother sticking his head out the side at the back.

In 1979 my father moved from the UK to Saudi Arabia. Now despite my inherent huge passion for all things automotive, my dad (an electronics and communication engineer) had absolutely no interest in cars whatsoever. He didn’t even drive in the UK – he briefly owned an extremely unreliable Ford Anglia to practice driving on, but that was stolen!

But after a few months of struggling in terribly smelly non-airconditioned Jeddah taxis, being that a realistically usable public transport infrastructure that UK expats could comprehend, never mind actually use, did not exist, he had to concede that he would have to get a driving licence and get a car.

Just to emphasise how totally averse he was to driving, these were the days when expats were hired on very nice all-encompassing packages and whilst we enjoyed the home, the paid-for school fees, the full medical coverage and even the family flights home twice-a-year all covered by the employer, believe it or not, and you may have to pick your jaw up off the floor, my father refused the Mercedes S-Class company car that was also offered.

And even when he did get a car, for a long time he didn’t let his workplace know – he would park it two blocks away and walk the rest of the way into work. Part of his job involved site visits and he didn’t want them knowing that he could drive there himself, as he preferred to use the company driver instead!

Anyway, for our sake he had conceded he needed a car. But the cut-and-thrust of Jeddah  traffic was rather intimidating to a non-driver, so he fell-back on that traditional notion that putting a lot of metal around him would be a safer option. What he really wanted then, was the land yacht otherwise known as the Chevrolet Caprice Classic – a huge squared-off tank of a thing. Just one problem, he found piloting that behemoth almost as intimidating as the traffic!

About this time I would’ve been 11 years old. But already well into cars and devouring car magazines whenever I could get them. Since the Saudi market was dominated by American and Japanese metal, my attention was drawn to Honda. Somewhat of an underdog compared to the likes of Toyota, Datsun and even Mazda and Mitsubishi – which were bigger players at the time. Honda was more maverick – its cars seemed more edgier and exciting. 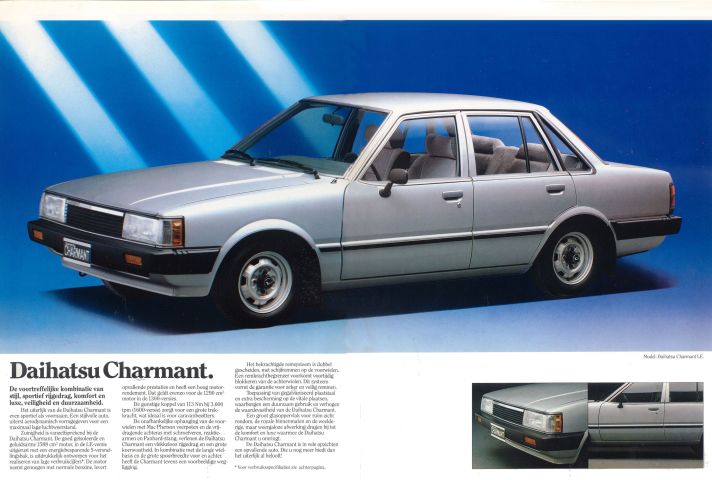 Admittedly a brand-new Daihatsu Charmant on my dad’s shopping list seemed like a great deal and it was quite modern-looking, but it was something of a rip-off Nissan Laurel (more on those in a minute). On the other hand, the first generation Honda Accord had modern features but classic styling, a little more European in looks, particularly with those BMW-like twin headlights (I guess it’s no surprise that the other brand I’ve long favoured was BMW, eventually owning an E30). 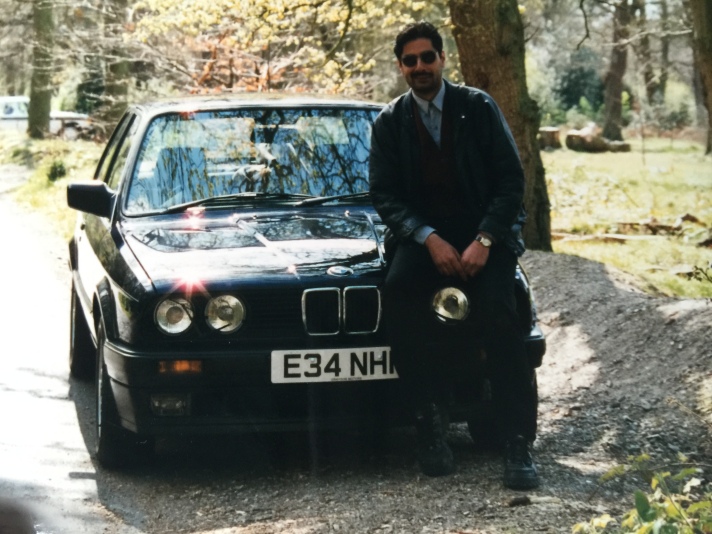 So on a trip to the use car souq, I sought out and kept pulling my father over to any Honda Accords we could find. There actually weren’t that many. But we eventually found an ex-demo being off-loaded by dealer representatives (the showrooms didn’t exactly do pre-owned schemes at the time). It was a white – Honda Racing white (slightly cream) – four-door saloon with a three-speed Hondamatic gearbox, which had only been introduced to the range that year. Plus of course it had A/C!

The first generation Accord was actually introduced in 1976 as a three-door hatchback, joined in 1977 by the four-door. 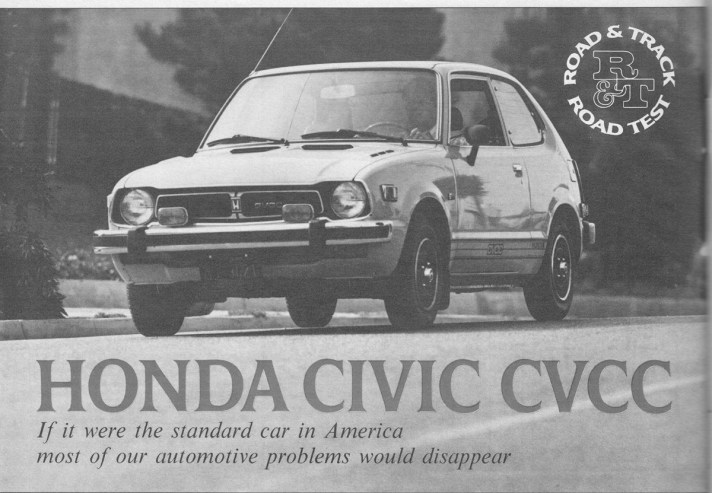 It was based off an expanded Honda Civic platform – which was actually a tiny but versatile car at the time – and the 1.8-litre four-cylinder used the cleaner more efficient energy technology, known as CVCC, that had been raved about in America.

He took it around the block and was convinced immediately. For the time it was incredible light, smooth, easy to drive, with effortless power steering, great visibility and astonishingly manageable in the city. He trusted my judgement and bought it on the spot.  His plan however was to use this car to get more comfortable driving in Saudi and in about a year’s time trade up to the Caprice Classic.

So much for that plan. In fact he loved the Accord so much that he kept it till he left Jeddah 12 years later in 1992, despite one front end crash, an engine rebuild after a failed thermostat overheated it, and several paint re-sprays – because as people in the region will know, the sand here is like sandpaper to car bodies. And even then he sold it to a colleague and I like to think it continued to give service long after.

I like to think this, because I also considered it my first car too. We owned the car long enough for me to reach driving age. I’d got my licence in the UK on a BSM Mini Metro on my first attempt, and from then on my father let me drive as much as possible, because frankly he preferred to be a passenger. 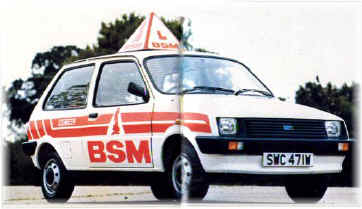 Now the engine only produced about 80bhp, but the Honda Accord actually weighed less than 1000kg, and the other attributes of this Accord that my father had never discovered were its astonishingly good acceleration off the line and surprisingly stable and sharp handling.

Most teenage drivers used to blast around in Nissan Laurels with the 2.4-litre straight-six engines. They sounded and felt beefy as they sat revving alongside me at traffic lights, and had about at least 40bhp more than my Honda, but off the line I’d have them every single time, and they’d frankly wring the necks of the droney sixers to catch up. One guy got so livid he hardly tapped on the brakes into a roundabout and nearly spun out trying to get by me on the inside.

Yeah I got into a few road-racing scrapes back then – which I totally do not condone or encourage in anyway whatsoever today. Those were different times, nowadays I urge you to take it to the track. But that first Accord was exquisite to drive, so light and agile – a gleefully eager to please and have a play. Sadly they’ve pretty much mostly all rusted to death by now, but I’d still have one if I would find a good one intact.

Fast-forwarding a bit and more recently I also owned a fifth generation Accord (93-98). Well I say recently, but I bought that off Ebay in the UK in the mid-2000s and ran it until I moved to Dubai in 2006, at which point I sold it back on Ebay for pretty much what I paid for it. The only thing I ever had to do was replace the wheels, also bought off the same online marketplace, as the ones it came with were badly scratched.

This Accord was the European version, significantly different from the American car. In fact it was jointly developed by Rover in the UK, and under the skin was the same as the Rover 600, except a lot better built and more reliable. But in the UK it did make it easier to get parts for, if I ever needed them. 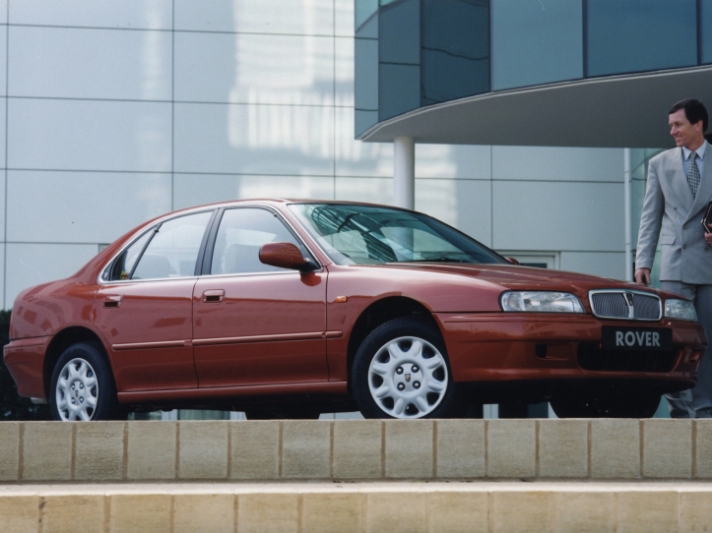 It was a lower, sleeker Accord than the one across the Atlantic, with more of a fastback rear-end. In Japan it was known as the Honda Ascot Innova. Mine looked black but was actually aubergine. A very nice car indeed.

But shortly before this, and probably my most memorable drive ever in an Accord, was when I was working for Used Car Buyer magazine. We often did group tests with tasty metal that you could buy second-hand, and in one issue we had sporty saloons. It was a three- or four-way test, I can’t really remember the other car or cars, but I do remember the 98-03 Honda Accord Type-R and the Mercedes C43 AMG. 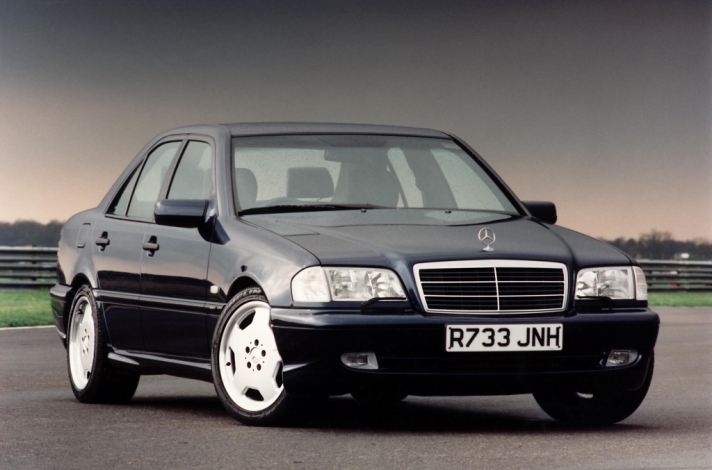 We did the test on British country roads and I remember how exciting and frenetic the Type-R was, the Mercedes, with its 4.3 V8 and 306bhp had nearly a 100bhp more than the Type-R’s 2.2-litre four-cylinder with 217bhp, front-wheel drive and a 5-speed manual, and would barge away on the very occasional straights. On the corners, however, I’d be all over my colleague in the Merc. It was fast, fun and furious. I’d have one of those still too. 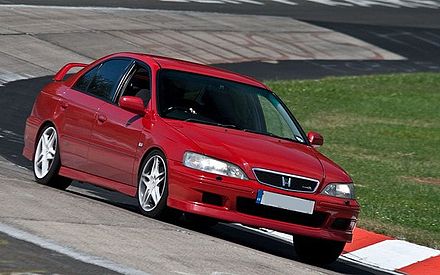 But whilst it did present a striking figure with the big wing and mild bodykit, it wasn’t exactly pretty and the regular versions weren’t particularly stand-out in terms of looks.

That’s very much unlike the best-looking Accord ever, my favourite – or rather my second favourite, as I’d have to put the first gen on that pedestal for sentimental reasons – is the 1986 third-generation Accord. Designed by Toshi Oshika, it was extremely low-slung, with an dramatically low bonnet, sharp, sleek lines, and best of all – pop-up lights!

Compared to rival cars at the time, and indeed everything else too, the Accord looked futuristic and svelte. And it came in many flavours.

Whilst in Saudi we had the pop-up lights even on the saloon – almost unprecedented – the European car had fixed headlights, but then there were also hatchback and stunning coupe versions with pop-ups, and probably the most striking and extraordinary of all a three-door estate or ‘Shooting Brake’ dubbed the Aerodeck – also with pop-ups!

It had a long roof line with a kamm-tail like vertical rear, and contrasting trim breaking up the side profile, and of course that sportscar-like front end. I so wanted one and nearly bought it several times, but could never find a really good one in the UK. 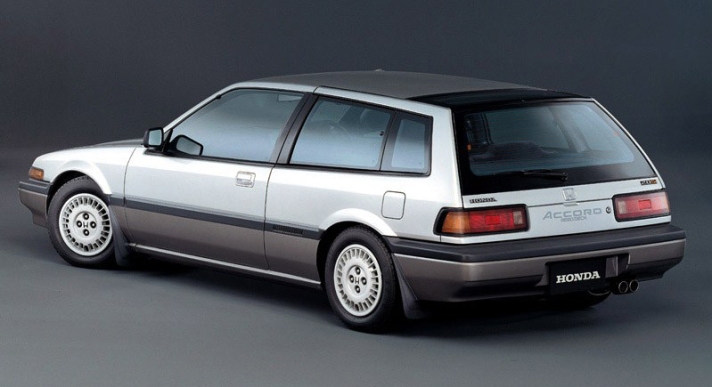 These were fun to drive too with standard-setting double wishbone front and rear suspension giving it satisfying and entertaining dynamics from behind the wheel.

Bringing it right back to today though and driving this 2018, 10th generation Honda Accord has been like coming home. It feels like Honda getting its mojo back after a couple of rather lukewarm generations of Civic and Accord particularly here in the Middle East market.

But the 2.0-litre Turbo with 247bhp, 273lb ft of torque, 0-100 in under six seconds and innovations like a segment-first 10-speed auto and sound-reducing resonators embedded in the alloy wheels, is both easy and satisfying to live with, but verging on sporty and entertaining to drive too.

I’d have one, and I’m so pleased to be able to say that. But I have to confess, I still hanker way more after an 86 Accord, or an Accord Type-R or even a pristine example of a four-door first gen version in Honda racing white!

One thought on “A lifetime of Accord – Honda that is!”