Here’s a slice of British Automotive history with a sprinkling of media infamy and a side order celebrity-owner provenance.

This gorgeous 1970 Aston Martin DBS V8 is similar to car driven by Roger Moore’s character, Lord Bret Sinclair in the 70s TV series, The Persuaders, co-starring Tony Curtis (he had a Ferrari Dino!).

It’s kinda strange that as the most prolific James Bond, Moore never drove an Aston Martin as 007, but he did both in The Persuaders and a particular movie in which he spoofed himself – can you name it? Comment below. And if you don’t know it, your Gearhead membership card will be revoked. 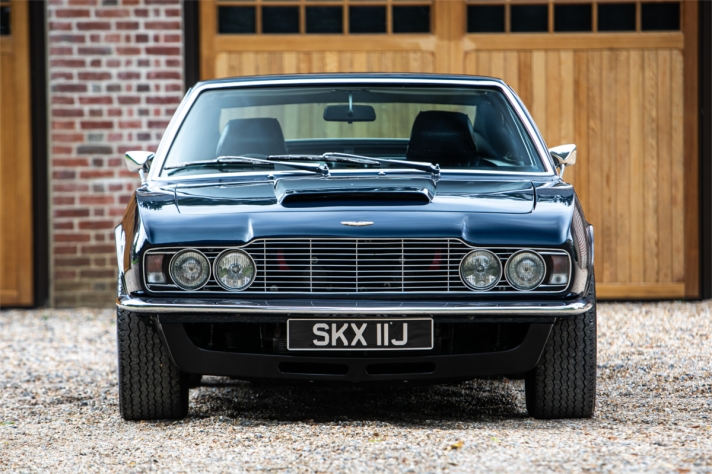 Anyway I digress – the restored Persuader’s car sold a few years ago for over half a million pounds. This black car, plated SKX 11J, is expected to be more accessible at between £145,000-165,000 when it goes under the hammer at Silverstone Auctions later this month at the Silverstone Classic event (26-28 July). 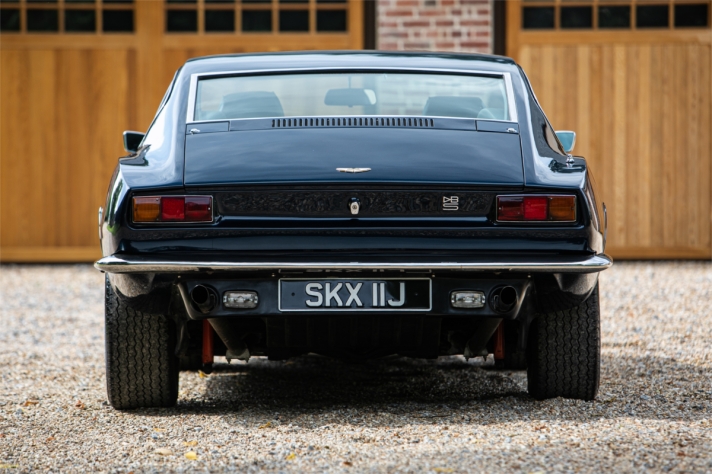 Yet arguably it should be valued higher, and not just as it has been beautifully restored and maintained, or even because it’s been owned since 2011 by Multi-BAFTA winning Academy Award nominee and classic car collector, Steve Coogan – yes he who is otherwise known as Alan Partridge and most recently seen in the acclaimed movie Stan & Ollie.

In fact this dark blue DBS was the original factory press car that launched the V8 model and gained fame when the now-defunct Motor Magazine (one of my favourite car mags growing up) tested it at an average speed of 160mph on an unfinished M4 motorway – at the time a record for a four-seater.

Aston sold the car in 1973 and years later it was discovered in a field in Scotland and underwent restoration by specialists Chapman and Spooner. The DBS V8 is in superb condition, with black leather seats and a manual gearbox. It still retains the Becker-Mexico radio but with the addition of iPod connectivity.