007 is not everyman (or woman) and never should be 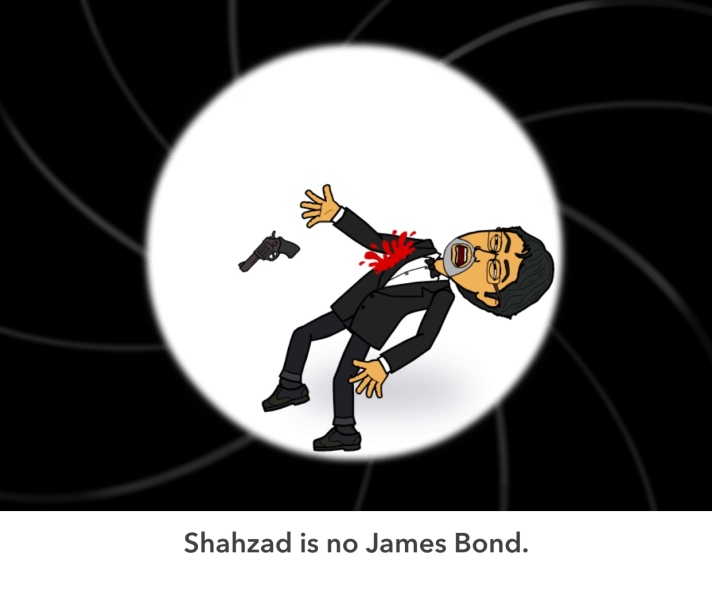 Don’t worry, there are no spoilers here, I haven’t yet seen the new 007 James Bond Spectre movie that’s out this weekend here in the UAE. I am a James Bond fan though, always have been, though I’m less enamoured with the current incarnation of the legendary British secret agent – at least in the guise I’ve seen him in so far.

And that’s because the character, and to some extent the actor, that’s been grafted into the role in the last two movies has not been a genuine Bond as far as I’m concerned. In fact he is only slightly more convincing than if there was a black, lesbian, Muslim woman who was half Chinese, that inhabited the character of 007.

Well Sir Roger Moore (who happens to be my favourite 007) was caught up in a bit of controversy when he allegedly suggested that black actor, Idris Elba, should not play Bond and nor could the famous superspy be gay.

And I agree with him. Not that I have anything against Idris – I think he is a brilliant actor and a graceful and substantial presence on screen. He’s also a full-on car-guy – have you seen his documentary, ‘King of Speed’? It’s fantastic! So he’s a top chap in my book and I can’t wait to see him as the new villain in the next Star Trek movie.

I also have no issue with the notion that someone who is gay, lesbian, female, of a different race or indeed religion, could be a superspy (after all I’m not exactly white myself!). In fact we absolutely should have diverse characters that are heroic and inspirational and relatable to the multitude of individuals that populate this glorious planet we call home.

But my argument is that in order to do that we need to create brand new characters, from scratch, and not desperately try to forcibly commandeer existing ones and remould them, much to their detriment, into a modern reinvention of existing icons. Our creative minds have surely not run out of ideas, we must still be able to invent new protagonists, fresh pop-culture sensations and not have to piggy-back political correctness over existing ones?

I myself tried this once, on a tiny scale, in a small press comic book about a secret agent named Jamshed Khan, many years ago. You can read that here. It did in fact receive some little acclaim in fabulous write-up I got in small-press reviews magazine, and you never know, if I can find the time I might even revive him – or as they say in the current parlance, ‘reboot’ him! 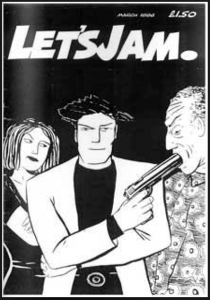 Back back to Daniel Craig and why, to my eyes, he does not quite fit the incredible persona of James Bond. Well it’s not the hair, nor even that he is a bit too rough-cut to look at. No, it’s simply that he’s too morose!

Moore’s charming-chappy one-liner-laden portrayal certainly irked people into accusing him of being totally unrealistic compared to Connery’s Bond. Unrealistic? Really? Let’s think about what and who 007 is.

Here’s a man who’s supposed to be the world’s best spy – a SECRET agent. Yet he goes around telling everyone his real name, lives it up large whenever he can, drives the fastest cars fast, is outrageously ostentatious, is able to bed every women within a 10m radius instantly and yet constantly and rather hopelessly falls in love (just before getting his lady-love killed), leaves a tidal wave of chaos and destruction in his wake across the globe (and sometimes beyond), and has the biggest expense account of any civil servant ever in the history of civil servants.

This character is about as realistic as the likelihood of an alien baby landing on our planet and 20 years later donning blue tights and a red cape (with no actual disguise on his face!) to fly around the world doing good. But we want to believe in that character. Don’t we? I do.

Why do I bring up Superman? Because James Bond himself is in fact a superhero too – hence he is often referred to as a ‘superspy’. A superhero’s only real power is that he does the right thing no matter what, and will always win the day whatever the odds. This is why Batman is a superhero, and indeed Captain Kirk too, is a superhero.

In Bond we have a mortal man that takes on the world’s most vicious villains single-handedly, never fails to win over any heart no matter how haughty, pulls off the most spectacular and death-defying feats of heroism, is a mega-geek when it comes to gadgets and kit, can out-fly a combat pilot and outdrive an F1 racer and is essentially indestructible.

So applying realism to the character is nonsense – certainly in movie guise and let’s be honest, everyone harks on about staying true to Ian Fleming’s character from the books, but who actually reads those books? Who actually reads? Anyway, if he was true to that, he’d drive Bentleys – at least that’s my take on it! 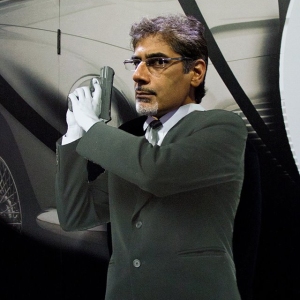 He’s also a white male in a world where, like it or not, such a species still largely commands an unspoken privilege. He clearly hails from aristocracy, is certainly not poor or underprivileged, gets to save the world on a regular basis and even manages to get the last quip in. Every single bloody time.

And the number of times he survives certain death and still drives off into the end credits in an exquisite supercar with the best leggy blond in the move beside him, all confirm that he’s the most impossibly lucky bugger there is in fictional existence.

Which brings me to the point – how can such a person (someone who every woman wants and every man wants to be) ever be miserable? He has an awesome life. He’s got it all going for him and as the song goes – nobody does it better.

So why so serious? Why so moody, sombre, distraught, emotional? I had the same issue with Timothy Dalton’s 007 too. Way too intense.

A lanky brown-faced Muslim like me, British though I am, can’t be 007 as we know him – ‘Jamshed Khan’ perhaps but not ‘James Bond’. But nor, I maintain, can a miserable broody sod who seems to be physically pained by having to go around saving the world.

I will of course go and see Spectre, and I’m hoping to see a Bond that’s a little more tongue-in-cheek, with a bit more of twinkle in the eye, kicking ass with more relish than we’ve seen of late, and rocking some really cool futuristic gadgetry. Moore was like this, Brosnan was too, and actually so was Connery if you think about it. Only then will I say ‘Bond is Back!’